World Bank/Vincent Tremeau
Parents visiting her 15-year-old daugher, who is suspected of being infected by Ebola, at the Ebola Treatment Center in Beni, DRC (January 2019).

Speaking to journalists in Geneva amid reports of a fresh attack just hours earlier on a facility in Biena health zone, close to Butembo, Tedros Adhanom Ghebreyesus explained that the deadly disease is just one of many concerns for local people.

“These attacks could reverse the gains we have made,” the World Health Organization (WHO) Director-General said. “We are working to find a balance between protecting patients and staff from attacks by armed groups and building community trust and ownership. It’s not a simple either/or situation; we must do both to end the outbreak.”

If confirmed, Thursday morning’s attack would be the fourth on treatment or transit facilities, in the last two weeks. It follows the death of an individual in the community which led to “escalating violence” and the local Ebola transit centre being “severely damaged”, Mr. Tedros said.

Hailing the bravery and commitment of those responding to the Ebola threat, the WHO Director-General added that there were scant details beyond what was already known about the latest attack.

“We have not had reports of health workers or patients injured, but we’re awaiting more information,” he said.

Last Saturday, the health chief visited a health centre in Butembo hours after it was attacked for the second time, leaving a police officer dead and medical staff injured.

Of the more than 100 armed groups active in north-eastern DRC, Mr. Tedros cited the Mai-Mai and the Allied Democratic Forces as potentially responsible.

Ebola 'an added burden' on community in despair

“The security situation means people are worried about issues beyond health,” he said. “It’s understandable that Ebola is an added burden on an already overburdened population. This creates a challenging climate for the response. And during many of my visits that’s what I witnessed. The despair in the community. Peace or no peace.”

Despite the challenges posed by ongoing insecurity, Mr. Tedros said that gains had been made against Ebola, as it is now “concentrated” in the towns of Butembo and Katwa.

The outbreak has also been contained in 11 out of 28 communities where cases have been recorded “and we have stopped transmission in Beni, Mangina, Komanda and Oicha”, the WHO Director-General said.

There is also “increasing acceptance” by communities of Ebola responders, he insisted, noting that 90 per cent of people have agreed to being vaccinated and follow-up visits.

Latest data from the DRC authorities indicates that in the latest outbreak which began on 1 August in the Kivus, there have been 927 confirmed and probable cases of Ebola, including 584 deaths.

More than 87,000 people have been vaccinated including 27,000 health workers in DRC and 5,000 in neighbouring countries. In addition, more than 58,000 “contacts” have been registered and more than 4,200 are being monitored for signs of illness.

There are also “half as many new cases now as there were in January”, Mr. Tedros said, down from 50 cases per week to 25 cases, on average now. 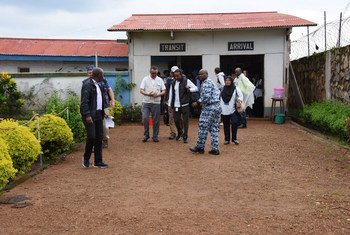 Amidst a deadly Ebola outbreak, on Saturday morning armed militia members brutally attacked an Ebola clinic in the Democratic Republic of the Congo’s (DRC) eastern city of Butembo, prompting a call from the UN's global health agency chief “to protect the treatment centres”. 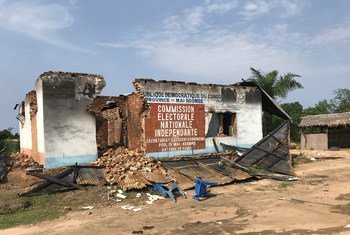 "New waves of violence” could erupt "at any time" in western Democratic Republic of the Congo (DRC), the UN rights office warned on Tuesday, unless the Government acts to ease “tensions and resentment” between the two communities involved.