© UNICEF/Roger LeMoyne
Boys reach through bars at a jail for juveniles in the Delmas neighbourhood of Port-au-Prince, Haiti. 2005

At every stage of the criminal justice system, people of African descent around the world are discriminated against, including death sentencing for drugs-related crimes, United Nations human rights experts said on Thursday, calling on Member States to do more to “combat racial discrimination”.

In fighting the global drug problem, the UN Working Group of Experts on People of African Descent underscored that States must acknowledge and amend the devastating impact of judicial policies on people of African descent, who are more likely to be stopped, searched, arrested, convicted, and harshly sentenced for drug crimes, in many countries.

“The global war on drugs has disproportionately targeted people of African descent and disregarded the massive costs to the dignity, humanity and freedom of individuals,” they stressed, ahead of a high-level meeting in Vienna of the Commission on Narcotic Drugs, which will review the Political Declaration and Plan of Action to combat the illegal trade in drugs.

“The pretext of fighting the world’s drug problem has been used to justify excessive surveillance, criminalization and the targeting of people of African descent worldwide”, they argued.

According to the experts, people of African descent are “disproportionately penalized and denied access to treatment or alternatives to being locked up”.

Furthermore, despite decades of what they called “enormous investment of resources” worldwide, neither trafficking nor narcotics use have diminished.

The UN experts spelled out: “The war on drugs has operated more effectively as a system of racial control than as a mechanism for combating the use and trafficking of narcotics”.

The criminal justice system reflects racial disparities and stereotypes grounded in history, explained the UN experts, saying that concern over narcotics “cannot excuse racism in the development of policy or the deployment of resources”.

Moreover, many adolescents have had experiences with the criminal justice system that have rendered them permanently barred from employment, educational opportunities and a range of other benefits.

And these may be even more extreme in intersectional populations, including women; migrants and refugees; and members of the lesbian, gay, bisexual, transgender and intersex (LGBTI) community.

“Member States should collect adequate data to measure these disparities and their potential improvement over time”, the experts advocated, adding that “evidence-based” treatment services that are respectful of individual rights should be ensured for all. 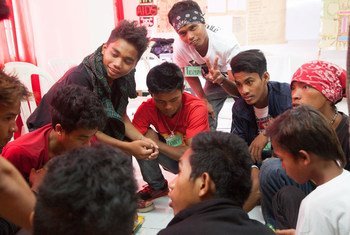