National Institute of Allergy and Infectious Diseases, NIH
A seasonal flu shot being administered. The World Health Organization (WHO) unveiled a new global strategy to head of the "real" threat of pandemic on 11 March, 2019.

A new UN-led plan has been unveiled to tackle the estimated one billion cases of influenza which occur each year, and protect against the “real” threat of a global pandemic, the head of the organization’s health agency said on Monday.

Announcing the revised Global Influenza Strategy for 2019-2030, World Health Organization (WHO) Director-General Dr Tedros Ghebreyesus, warned that the “question is not if we will have another pandemic, but when”.

“The threat of pandemic influenza is ever-present,” he said, noting that the risk of a new influenza virus transmitting from animals to humans and potentially leading to a pandemic is “real”.

Influenza remains one of the world’s greatest public health challenges, according to the WHO, which says that the viral respiratory disease is responsible for between 290,000 and 650,000 related deaths a year.

Globalization, urbanization and mobility will result in the next pandemic moving faster and further, the agency maintains, while also underlining that those infected with the virus can face other health threats, such as heart attacks, strokes and severe pneumonia.

The WHO’s 11-year plan focuses on the formulation of robust national programmes and has three goals: reducing seasonal influenza, minimizing the risk of transmission from animals to humans, and limiting the impact of a pandemic.

In addition, WHO is calling for better tools to prevent, detect, control and treat influenza, such as more efficient vaccines and anti-viral drugs.

Influenza outbreaks tend to emphasise the pressures faced by health systems in low and middle-income countries in particular, WHO says, insisting that investing in influenza-prevention measures will encourage a rapid response to many other infectious diseases.

An outbreak in Madagascar in 2002 had a 2.5 per cent fatality ratio, which is very similar to the 1918-1919 pandemic, WHO says, noting that the cost of pandemic preparedness globally is estimated at $4.5 billion a year, which is less than one per cent of the estimated cost needed to respond to a “medium-to-severe” pandemic.

“A severe pandemic can result in millions of deaths globally, with widespread social and economic effects, including a loss of national economic productivity and severe economic burdens on affected citizens and communities” WHO says. 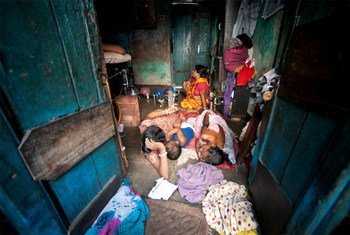 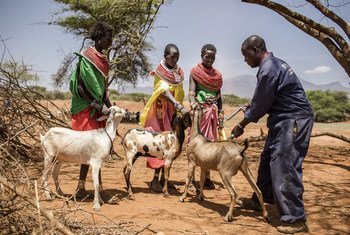