The first assessment of a major UN aid storage facility in war-torn Yemen has been carried out since it was cut off by fighting last September, the Organization reported on Wednesday, hailing it as “a great first step”.

Briefing journalists in Geneva, the World Food Programme (WFP) confirmed that a team had reached the Red Sea Mills near the key port of Hudaydah on Tuesday.

It has appealed for sustained access to the site, which contains enough wheat to feed 3.7 million people for a month.

“The silos show evidence of damage by the fighting, but no apparent structural damage except the silo affected by a hit in late January, which basically resulted in serious fire damage to that specific silo,” said senior Spokesperson Hervé Verhoosel.

“We have now a first assessment, we’ll probably need additional technical assessments,” he added. In addition to fire damage to one silo, the assessment team found evidence of weevil infestation, but no water infiltration.

“Tuesday’s visit was a great first step,” Mr. Verhoosel said, noting that Yemen imports around 70 per cent of its daily food, fuel and medicines via Hudaydah port, which has been the focus of clashes between Government forces and Houthi opposition fighters, although a UN-backed ceasefire and troop-withdrawal negotiations are on-going.

“We need now sustain access every day as much as possible for WFP’s staff,” he explained. “But also later for the mill’s staff to access the facilities. That will be necessary before we can start again milling the wheat.”

Samples of the grain have been sent for testing to check whether it is still edible. If so, the 51,000 tonnes of wheat can be processed at the facility, where equipment is largely untouched and the generators “appear to be in good condition”, Mr. Verhoosel said, adding that more than 30,000 litres of diesel was still available.

The positive development is dependent on continued access being granted by the warring parties, who signed a UN-led partial ceasefire agreement in Sweden last December.

It follows a UN-led appeal for more than $4 billion from international donors this year, to save millions in Yemen from starvation.

At the pledging conference in Geneva on Tuesday, when $2.6 billion was promised, UN Secretary-General António Guterres warned of an “overwhelming humanitarian calamity”, as a result of almost four years of fighting between supporters of Yemeni President Abd Rabbu Mansour Hadi and Houthi opposition groups.

Some 360,000 children are now suffering from severe acute malnutrition, Mr. Guterres said, before citing one credible report that more than 80,000 children under-five have died of starvation.

“We hope that both parties will basically keep this dialogue and we will be able to see the results of this dialogue on the ground,” he said. “Access is very important and it’s time to put as a priority, the civilians.” 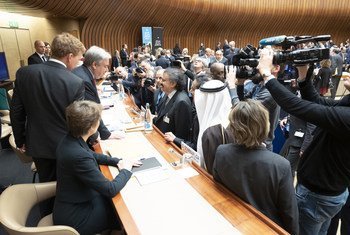 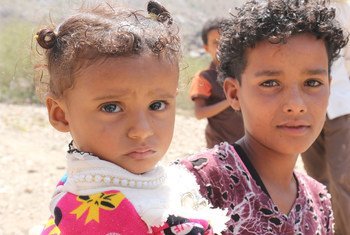