United Nations independent human rights experts on Tuesday urged the United Arab Emirates (UAE) to release from detention a terminally ill woman who they say has been “reportedly subjected to inhuman and degrading treatment” so that she can “live her last days of life, in dignity”.

In a statement, the experts said that Alia Abdulnoor, who is suffering from breast-cancer, was reportedly being held in an unventilated, windowless hospital room, chained to her bed and under armed guard. 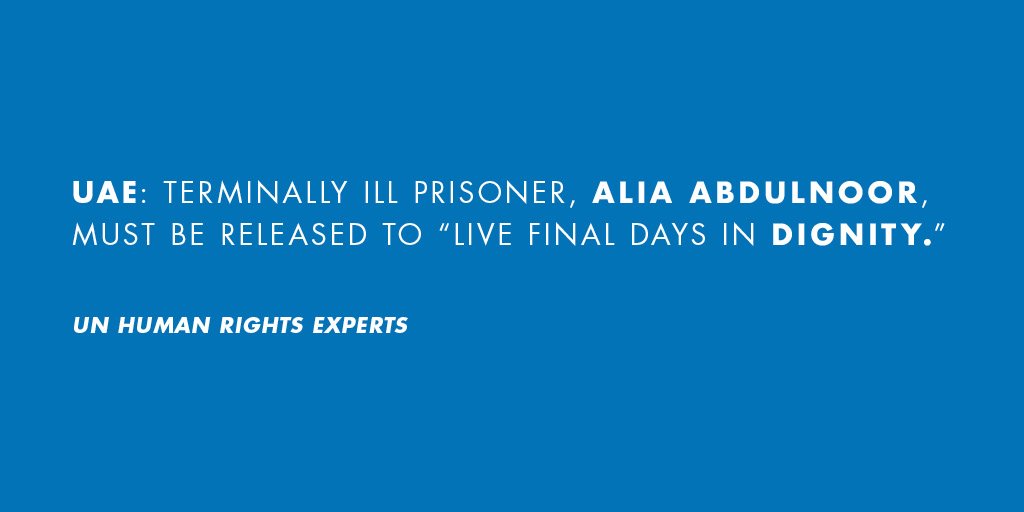 She was arrested in July 2015, and charged with “financing terrorism” after she had helped raise funds for needy Syrian families in the UAE and war-affected women and children in Syria, said the experts.

“We are extremely concerned about the physical and mental integrity of Ms. Abdulnoor, and about reports that the conditions of detention are causing her unnecessary pain,” said the three UN Special Rapporteurs.

The experts said they had received information that for six months, Ms. Abdulnour was held in secret detention and solitary confinement following her arrest, where she was threatened and subjected to severe physical and psychological humiliation. Under torture, the critically ill woman was forced to sign a written confession.

“We would like to remind the United Arab Emirates that torture and ill-treatment is universally and absolutely prohibited and that any statement made as a result of torture shall not be invoked as evidence,” the experts spelled out.

Now in its final stage, Ms. Abdulnour’s cancer has spread to her vital organs. In November, her deteriorating health prompted the authorities to transfer her to Mafraq Hospital in Bani Yas, Abu Dhabi.

While the authorities have rejected her family’s many requests that she be released on medical grounds, the last one submitted on 10 January, resulted in her transfer to Tawam hospital, in Al Ain, where reports say she continues to be denied appropriate medication to reduce her pain.

Torture and ill-treatment is universally and absolutely prohibited – UN experts

“We call on the authorities to release Ms. Abdulnour and to allow her to live her last days of life in dignity and with her family at home,” said the experts.

“We also call on the State to investigate alleged acts of torture and ill-treatment, and to prosecute the suspected perpetrator(s) in line with its obligations under international human rights law.”

The experts work on a voluntary basis, are not UN staff, and do not receive a salary.

♦ Receive daily updates directly in your inbox - Subscribe here to a topic.
♦ Download the UN News app for your iOS or Android devices.
UNITED ARAB EMIRATES 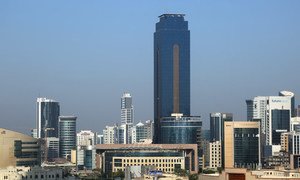