The United Nations Secretary-General António Guterres and the UN Security Council condemned on Saturday in the strongest terms the attack against vehicles of the peacekeeping mission in Mali (MINUSMA), which took place on Friday and in which three "blue helmets" from Guinea were killed and at least another injured.

The peacekeepers were killed in the area of Siby, near the capital, Bamako.

Mr. Guterres and the members of the Security Council extended their condoleances to the families of the fallen, wished the injured a speedy and full recovery, and expressed their solidarity with the people of Guinea and with those who risk their lives serving in the mission.

Guinea is the eight largest contributor of troops to MINUSMA, with 869 women and men serving in it.

The UN chief cautioned that any attack against UN peacekeepers may constitute a war crime and called on the Malian authorities to "spare no effort in identifying and swiftly bringing to justice the perpetrators of this attack".

After a failed coup six years ago, a proliferation of armed groups fighting government forces and their allies in the centre and northern areas of the country has plunged the country into conflict.

Today, MINUSMA is the deadliest mission to serve in as a UN ‘blue helmet’ with more than 180 paying the ultimate sacrifice, since it was established in 2013. In 2019 alone, the number of fatalities stands at 15.

The UN chief reaffirmed nonetheless in his statement on Saturday the determination of MINUSMA,  which currently has 16,227 deployed personnel, to "continue implementing its mandate in support of the people and Government of Mali in their quest for peace".

This was echoed that by the UN Security Council members who stressed that "these heinous acts will not undermine their determination to continue to support the peace and reconciliation process in Mali".

In 2015, a UN-backed peace agreement was signed by armed groups — the  Coordination des Mouvements de l'Azawad and the Plateforme coalition of armed groups — and the Government of Mali. However, continued violence has rendered its implementation very challenging. 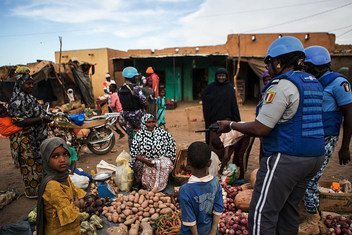 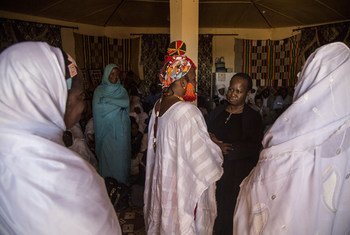