In a statement released by the Office of the High Commissioner for Human Rights (OHCHR), the experts expressed alarm at information indicating a worsening situation for LGBT people in Chechnya: “Abuse inflicted on victims has allegedly become more cruel and violent compared with reports from 2017. It is no longer only gay men in Chechnya who are being targeted but women also.”

More than 40 people have reportedly been arrested since December 2018 because of their perceived sexual orientation: the two deaths allegedly occurred as a result of torture during detention.

In addition, victims attempting to flee the republic, which is part of the Russian Federation, are reportedly being prevented from doing so by the Chechen authorities. Their methods, say the UN experts, include destroying or confiscating identification documents; threats directed towards them, or those close to them, with criminal proceedings; and forcing them to provide signatures on blank forms.

They went on to say that a December 2018 report from the Organization for Security and Co-operation in Europe (OSCE) Office for Democratic Institutions and Human Rights, which describes “clear evidence of…successive purges against LGBTI persons” in Chechnya, suggests a pattern of impunity detrimental to accountability for human rights violations.

The UN experts have written to the Russian authorities, calling on them to act urgently to protect the LGBT community. In a similar letter sent less than two years ago, in April 2017, they raised allegations of the unlawful detention, torture and extrajudicial killing of men perceived to be gay or bisexual in Chechnya.

The response, said the experts, was not substantive, and they went on to note that, last year, Russia claimed at the UN Human Rights Council that “it was not possible to find representatives of the LGBT community in Chechnya.” Such “negation”, they stressed, contribute to the creation of an “environment conducive to violence and discrimination in which perpetrators feel motivated and enabled to attack diversity.”

♦ Receive daily updates directly in your inbox - Subscribe here to a topic.
♦ Download the UN News app for your iOS or Android devices.
LGBT equality|Chechnya

Despite rumours, UN agency sees no big rise in crossings from Chechnya to Ingushetia 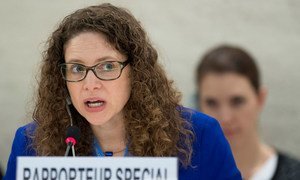 An independent UN rights expert has accused the Polish Government of  disseminating the “myth” of a “homogenous” Polish culture, in a statement released on Friday. 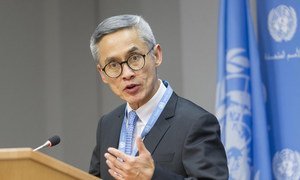 Immediate action is needed to stop the horrific violations of human rights of people around the world based on their actual or perceived sexual orientation, gender identity and gender expression, a United Nations independent expert said Friday, delivering his first report to UN Member States in New York.