OCHA/Leni Kinzli
Gubio Camp in Maiduguri has received 4,500 new arrivals since November 2018, many of them in recent weeks following an attack by non-state armed groups in Baga, near the shores of Lake Chad, in north-east Nigeria.
5 February 2019
Humanitarian Aid

Armed extremists, notably Boko Haram militants, have contributed to a decade-long humanitarian crisis in Borno, Adamawa and Yobe (BAY) states, that has spilled over into the Lake Chad region.

“Since November we’ve seen 59,200 [displaced],” IOM Nigeria’s Chief of Mission, Frantz Celestin, said in Geneva, noting that in the last two years, “we have not seen that many people on the move”.

Civilians continue to bear the brunt of conﬂict that has led to widespread forced displacement and violations of international humanitarian and human rights law.

Since the start of the crisis, more than 27,000 people have been killed in the three north-eastern BAY states, according to UN humanitarian coordinating office, OCHA, and thousands of women and girls have been abducted.

Government efforts to drive back the non-State armed groups that operate in the north-east of the vast country have been hindered by the Harmattan dust cloud – an annual phenomenon that sweeps across west Africa from approximately November to March. 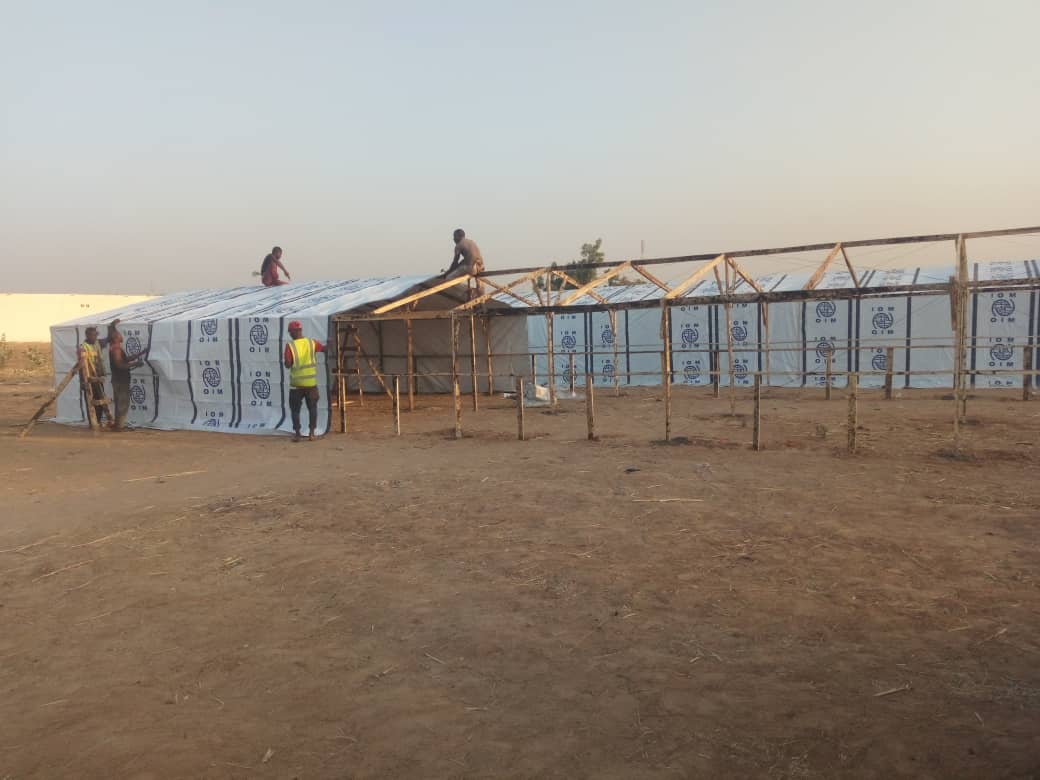 In the town of Rann, which was attacked twice last month, “nobody was spared” in one assault, Mr. Celestin said.

Tens of thousands of civilians have fled into already overcrowded camps, mainly in Maiduguri, the capital of Borno state.

Overcrowding in protection camps ‘one of our biggest problems’

“One of our biggest issues in north-east Nigeria in addition to the security issues is the land, access to land,” Mr. Celestin said. “We have a number of camps that are overcrowded, in fact, if we were to take all of the camps together, we would have more than 249,000 people in camps that are completely congested, with Monguno (Borno) being the largest one of them.”

Rumours of imminent attack are enough to convince communities to flee, the IOM official explained, noting that people had sought refuge in neighbouring countries of the Lake Chad region.

“There were a number of people who moved across a number of villages in Cameroon,” Mr. Celestin said. “Some of them were returned…they crossed the border and they were turned back. And for the recent (displacement) one, I don’t have the specific numbers; I’ve heard 30,000, but I have not been able to prove it.”

♦ Receive daily updates directly in your inbox - Subscribe here to a topic.
♦ Download the UN News app for your iOS or Android devices.
nigeria|Migrants and refugees