WFP/Wissam Nassar
Two women and one child in front of their house of sorts in the heart of Gaza. Apart from their appalling living conditions, Gazan parents find themselves unable to meet their children’s basic needs such as food, health and housing.

In an appeal for $1.2 billion to fund vital services and life-saving aid for 5.4 million Palestine refugees in Gaza and the occupied West Bank, including East Jerusalem, Jordan, Lebanon and Syria, UNRWA Commissioner-General Pierre Krähenbühl explained that people’s basic needs had worsened considerably since the turn of the century.

“That is a figure the world should be shocked about, because in the year 2000, we used to provide food assistance to 80,000. So, we’ve moved from 80,000 people on our food assistance list to one million. Why? Because the whole dynamic of the conflict and the blockade has wiped out entire sectors of the Gaza economy.”

Speaking in Geneva, Mr Krähenbühl praised the generosity of Member States in supporting the agency’s work, following the withdrawal of funding by the United States, historically its biggest donor by far for decades.

Meanwhile, the UN human rights office (OHCHR) on Tuesday expressed deep concern over the “protracted and extremely violent attack” in the West Bank village of Al Mughayyir last Saturday, during which a 38-year-old Palestinian father of four, Hamdi Taleb Na’asan, was shot in the back and killed.

“The monitoring by our staff in the West Bank suggests that the killing took place after a group of up to 30 Israelis - some of them armed - from the nearby Israeli outpost of Adei Ad, first of all attacked Palestinian farmers in their fields”, said spokesperson Rupert Colville, briefing reporters at the UN in Geneva. He said that settlers “then descended on the village itself where they used live ammunition to shoot at the villagers and their houses.”

He added that six villagers had been shot “with live ammunition, leaving three of them in a serious condition. It is unclear whether any settlers were also injured, and if so how many.”

He said that although Israeli security forces were stationed near the village and “were immediately alerted to the attack, witnesses informed our staff – who visited the village yesterday – that it took some two hours before they intervened.”

When they did step in, added Mr. Colville, “the main focus of their action appears to have been to disperse the Palestinian villagers using teargas. Three more Palestinians were injured by live ammunition after the intervention of the security forces.”

He said there had been a rise in settler-instigated violence in the West Bank, “which has reached its highest levels since 2015.”

According to the UN humanitarian affairs office OCHA, the average number of violent incidents instigated by settlers per month increased by 57% in 2018 compared to 2017, and by 175% in comparison to 2016.

The Israeli security forces have opened an initial probe into the killing of Mr. Na’asan, and we welcome this”, said Mr. Colville. “We urge the authorities to ensure there is a full investigation into his killing and the injuries caused to others, and that it is independent, transparent and effective.” 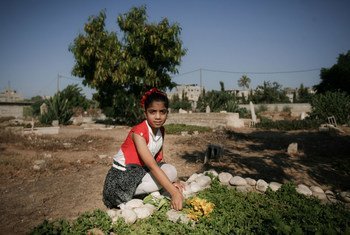 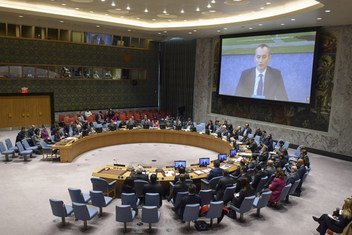 The possibility of establishing a “viable, contiguous Palestinian state” has been “systematically eroded by facts on the ground,” Nickolay Mladenov, UN Special Coordinator for the Middle East Peace Process, briefed the Security Council on Tuesday, ahead of the quarterly open debate on the Middle East (Israel/Palestine).