Graham Crouch/World Bank
As 2019 marks the 150th anniversary of the creation of the Periodic Table by Russian scientist Dmitry Ivanovich Mendeleev, the UN has launched a yearlong initiative to raise awareness of chemistry and its applications for sustainable development.
29 January 2019
Culture and Education

On Tuesday, the United Nations Educational, Scientific and Cultural Organization (UNESCO) launched the International Year of the Periodic Table of Chemical Elements at its headquarters in Paris, kicking off a series of events and activities to be held throughout the year, as the world celebrates the 150th anniversary since its creation by Russian scientist Dmitri Mendeleev.

The decision two years ago by the UN General Assembly to hold this year-long celebration aims to recognize the importance of the periodic table as “one of the most important and influential achievements in modern science, reflecting the essence not only of chemistry, but also of physics, biology and other basic sciences disciplines”.

The launch event held in Paris brought together scientists and representatives of the private sector, and was opened by UNESCO’s Director-General, Audrey Azoulay, featuring notable guests such as Mikhail Kotyukov, Russia’s Minister of Science and Higher Education, Pierre Corvol, the President of the French Académie des Sciences, and Professor Ben Feringa, 2016 Nobel Laureate in Chemistry.

UNESCO will present its educational initiative, 1001 Inventions: Journeys from Alchemy to Chemistry, designed to help young people in schools all over the world improve their understanding of chemistry and its numerous uses.

Other notable activities organized throughout the year include symposiums in Paris, France, and Murcia, Spain, and an online competition to test the knowledge and stimulate the curiosity of secondary education students on the subject. An interactive exhibit is also planned until Wednesday at UNESCO’s headquarters in Paris.

♦ Receive daily updates directly in your inbox - Subscribe here to a topic.
♦ Download the UN News app for your iOS or Android devices.
science|UNESCO|education 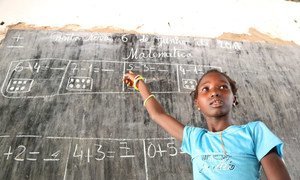 Education is at the heart of the 2030 Agenda for Sustainable Development because it gives people across the world the skills needed to realize all 17 Global Goals (SDGs), said the UN chief on Thursday, marking the first-ever International Day of Education. 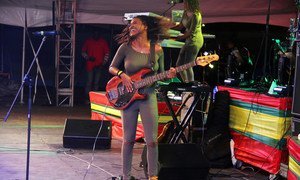 From Jamaican reggae to Georgian wrestling and Japanese rituals, the UN cultural agency, UNESCO, added six new elements to its list of "intangible heritage" for the world to treasure on Thursday, further improving the visibility of often little-known and understood arts traditions.