Despite setbacks, ‘political will’ to end Yemen war stronger than ever: top UN envoy

Government Offices of Sweden/Ninni Andersson
Martin Griffiths, Special Envoy of the Secretary-General for Yemen, briefs the press at the Yemen political consultations in Sweden, on 10 December 2018.
28 January 2019
Peace and Security

The ceasefire in Yemen’s crucial port city of Hudaydah is “generally holding” and deadlines have had to be extended, but the UN’s Special Envoy said on Monday that “more than any time in the past” the political will remains to end years of conflict that has left millions on the brink of starvation.

Martin Griffiths, said in a newspaper interview with Asharq Al-Awsat, and in a series of tweets reflecting his remarks, that the “biggest challenge is not to fail the people of Yemen” as the Government forces and their coalition backers, attempt to secure the first stages of a tentative peace deal with rebel Houthi leaders, that was inked in Sweden last December, and brokered by the UN.

Mr. Griffiths said that a deadline set for the withdrawal of Houthi fighters in Hudaydah, the crucial port that carries the vast majority of life-saving aid and goods into the country, had been delayed, and said that planned prisoner exchange talks, were still a work in progress.

We have seen the two parties demonstrate remarkable political will, first to reach a ceasefire agreement, and then to abide by it. What we need to see now is the implementation of the provisions...fully and rapidly - UN Special Envoy, Martin Griffiths

He also confirmed that the retired Dutch General Patrick Cammaert, who has been leading an advance UN mission tasked with overseeing the ceasefire deal, and talks between Government and Houthi negotiators who are part of the Redeployment Coordination Committee (RCC), was stepping down. He denied that any disagreements had resulted in his resignation.

"There is no element of truth to such reports. As a matter of fact, General Cammaert and I have been working closely to close the gap between the two parties on the operational implementation of the Hodeidah Agreement”, he told the Arabic language newspaper.

“Our meetings with all the parties were very constructive last week. General Cammaert’s plan was to stay in Yemen for a rather short period of time, to activate the RCC and lay the ground for establishing the Hodeidah mission,” he added.

The Special Envoy said that it was “important not to lose sight of the big picture necessary to resolve the conflict in Yemen. A framework that will draw a road map towards a political agreement will provide us with a basis for the end game; that is the political solution for the conflict there.”

He added that “we have seen the two parties demonstrate remarkable political will, first to reach a ceasefire agreement, and then to abide by it. What we need to see now is the implementation of the provisions of the agreement, fully and rapidly.”

He acknowledged that “we have seen the timelines for implementation extended, both in Hudaydah, and the prisoner exchange agreement. Such changes in timelines are expected. The initial timelines were rather ambitious. We are dealing with a complex situation on the ground.”

He “categorically rejected” a call from the Saudi-led coalition which is backing Yemeni Government to declare the ceasefire over or apportion blame to one party, for attempting to nullify the hard-won Stockholm agreement.

“There is a window of opportunity that was opened for Yemen in Sweden, and it is important to seize this opportunity, and to capitalize on the momentum we have seen during and after Sweden”, he said. 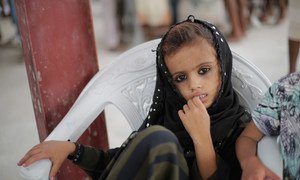 The Security Council unanimously voted on Wednesday in favour of deploying up to 75 observers to monitor a fragile ceasefire in Yemen's port city of Hudaydah which went into effect late last month; a lifeline for millions of Yemenis on the verge of starvation. 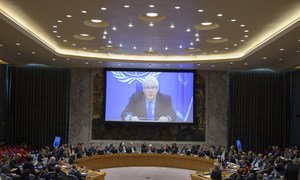 “The difficult part” of reaching a lasting political settlement in Yemen “is still ahead of us” said the UN Special Envoy on Wednesday, urging the Security Council to support the “speedy implementation” of the fragile ceasefire agreed in and around the crucial port city of Hudaydah, at breakthrough talks in Sweden last month.