UNIC Dhaka/Mohammad Moniruzzaman
Yanghee Lee, the UN Special Rapporteur on the situation of human rights in Myanmar, speaks to the press after visiting the Bangladesh island of Bhashan Char. 25 January 2019.

The human rights situation in Myanmar continues to deteriorate, as the civilian government fails to bring about democratic reforms and instead resorts to the kind of repression carried out under previous military regimes, said the UN human rights expert Yanghee Lee, speaking at the end of an 11-day mission to neighbouring Thailand and Bangladesh.

Ms. Lee, the Special Rapporteur on the situation of human rights in Myanmar, described the “democratic space” in Myanmar (including freedom of speech and association) as “fragile,” with religious and ethnic divisions remaining across the country, as well as the marginalization and discrimination of minorities: “I am greatly concerned that the enduring repressive environment is discouraging people from speaking out freely about human rights violations and injustices’, she said.

She added that “disagreements, criticism and debate are healthy and necessary in any functioning democracy. Journalists and human rights defenders continue to be targeted for exercising their right to freedom of expression. I call on the authorities to end this mistreatment and immediately release all those unjustly imprisoned.”

The human rights situation in Myanmar, she said, has been further complicated by fighting in several regions of the country, undermining the prospects that some 162,000 Internally Displaced People (IDPs) in the area will be able to return home.

The Myanmar government plan to close IDP camps and relocate people to remote areas, she added, far from their places of origin and removed from economic opportunities and humanitarian support. Whilst they have consulted with the UN on the subject of camp closures, the government have failed to consult with IDPs or organizations working with the displaced populations, and the return of people to their places of origin must be in accord with international standards of safety, voluntariness, dignity and sustainability.

Ms. Lee expressed her deep concern that Internally Displaced People (IDPs) are particularly vulnerable to losing their rights to ancestral homelands, following recent amendments to a law that permits the government to expropriate land, from ethnic areas –  including Rakhine, Kachin, Shan and Kayin State where communities have depended on this land for their livelihoods, traditions and culture for generations – at particular risk.

No Rohingya returns, rather ‘a sustained campaign of violence’

As for the potential return of the hundreds of thousands of Rohingya refugees, Ms. Lee stated that Myanmar is not working to created conditions for their return, but is instead engaging in a “sustained campaign of violence, intimidation and harassment.”

She shared testimony from Rohingya refugees she met during her visit to the refugee camp in Cox’s Bazar, Bangladesh, citing a fresh arrival to the camp who said that her father had been stabbed to death by Myanmar security forces; a refugee who fled with his entire family after his mother and sister were abducted and raped; and videos in which she saw houses burning in Muangdaw township, which, according to information gathered by her team, were set alight by Myanmar security forces working in concert with Rakhine extremists. Under Myanmar’s plan for the return of Rohingya, according to reports in November 2018, Muangdaw was identified as a resettlement area.

Refugees must have say in any island relocation

Ms. Lee also visited the island of Bhashan Char, which the Bangladesh Government is reportedly transforming into a camp for some of the Rohingya refugees, despite concerns that it could be vulnerable to extreme weather events such as cyclones.

She told journalists at a press conference on Friday in the Bangladeshi capital, Dhaka, that she was anxious about whether the conditions on the island, which she described as isolated, are adequate to fulfil the needs and rights of Rohingya’s refugees: “If any plans are made about refugee relocation in the future, refugees must be fully engaged and participate in the process,” she said. “Without a protection framework agreed with the humanitarian community, the plans cannot move forward.” 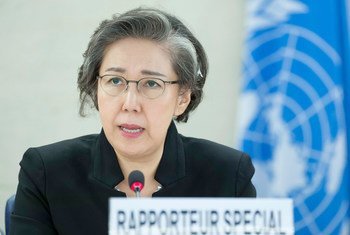 Calling on the Myanmar Government to “immediately reverse its decision not to allow access to all humanitarian organizations”, the United Nations expert on human rights in the South-East Asian country said on Friday, that “it’s vital that assistance is able to reach those who have fled violence in the region”. 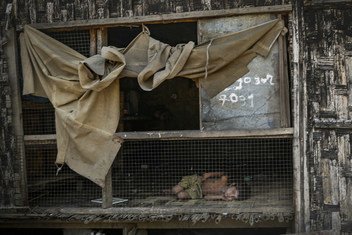