OCHA/Leni Kinzli
New arrivals in Gubio Camp in Maiduguri, Nigeria, following the December 2018 attack in Baga. As the camp doesn't have enough shelters, people are sleeping on mats under trees.

In 2018, relief organisations had estimated that 7.7 million required urgent life-saving assistance but a recent upsurge in clashes between non-state armed groups and the Nigerian military is forcing UN agencies and their partners to reassess the needs on the ground. A 90-day plan is in the works to ratchet up the response - especially across the worst-affected state of Borno - to meet the immediate needs of an estimated 312,000 men, women and children.

The UN and its humanitarian partners also expressed concerned about the potential implications of increased violence and insecurity surrounding the upcoming presidential elections, scheduled to take place on 16 February, which could lead to potential new displacements and hamper humanitarian operations in some locations.

Since 2009, the north-east of the country has been in the grip of a civil conflict triggered by armed opposition groups. The conflict has now spilled over borders across the whole Lake Chad region, resulting in widespread displacement, violations of international humanitarian and human rights law, and protection risks for increasing numbers of civilians - all adding up to one of the world’s worst humanitarian crises.

In addition to the 1.8 million displaced within Nigeria as a result of the conflict, the violence has led many families to flee over the border into neighbouring Chad, Cameroon and Niger. To date, about 200,000 people are estimated to be Nigerian refugees or asylum seekers, living in those countries.

The UN refugee agency, UNHCR, sounded the alarm on Tuesday over a recent new influx of Nigerian asylum seekers and refugees in Chad. Since 26 December, when the town of Baga on the Nigerian side of the Lake Chad, was attacked by a non-state armed group, around 6,000 have been forced on the run. Many of them paddled for three hours across the water to arrive in the lakeside Chadian village of Ngouboua, some 20 kilometres from the Nigerian border.

UNHCR and the Chadian authorities are carrying out registration and pre-screening of new arrivals to evaluate their needs. An overwhelming majority of the new arrivals are women and children and, according to initial information, about 55 per cent of them are minors.

The UN is urging all parties to the conflict to protect civilians as well as civilian construction and infrastructure, and to uphold international human rights and humanitarian law. 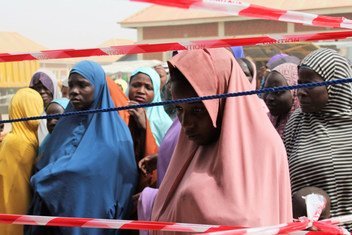 Amid reports that Cameroon is forcing several thousand Nigerians to return to Borno state in the country’s crisis-gripped north-east, the United Nations refugee agency (UNHCR) deplored the move, saying it has put lives “at risk”. 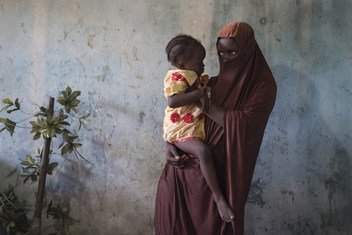 Following an upsurge in violence in north-east Nigeria, which was brought to global attention five years ago with the abduction by Boko Haram extremists of the Chibok schoolgirls, tens of thousands of innocent civilians continue to flee, prompting “grave concern” from the United Nations envoy there.