UN Photo/Loey Felipe
Nickolay Mladenov (on screen), UN Special Coordinator for the Middle East Peace Process, briefs the Security Council on the situation in the Middle East, including the Palestinian question. (file)

The possibility of establishing a “viable, contiguous Palestinian state” has been “systematically eroded by facts on the ground,” Nickolay Mladenov, UN Special Coordinator for the Middle East Peace Process, briefed the Security Council on Tuesday, ahead of the quarterly open debate on the Middle East (Israel/Palestine).

Mr. Mladenov began his downbeat assessment by detailing the extent and growth of Israeli settlements in the occupied West Bank: the UN’s long-standing position on settlements, he reminded the Council, is that they are illegal under international law and “an obstacle to peace.” Recent examples include plans for over 3,000 housing units in West Bank settlements, and government plans to legalize several illegal outposts. At the same time, said Mr. Mladenov, Palestinian-owned structures have been demolished and seized across the West Bank, including East Jerusalem, with authorities citing a lack of Israeli-issued building permits, which are nearly impossible for Palestinians to obtain, as justification.

The foundations of a future Palestinian state are also being threatened by internal divisions, exacerbated by decades of occupation, and hopes for genuine intra-Palestinian, he added, are “fading by the day,” as the gap between Gaza and the West Bank widens. The early January arrest by Hamas of dozens of Fatah members in Gaza, was described by Mr. Mladenov as “particularly alarming,” and a “very serious blow to the reconciliation process.”

It is ordinary Palestinians, said the Special Envoy, who are bearing the brunt of the suffering, and the humanitarian situation in Gaza remains “desperate” : economic growth is insufficient to keep the Palestinian economy afloat, and the UN is working with the Palestinian Authority to address some of Gaza’s most pressing needs, such as maintaining an electricity supply, delivering essential medicines and implementing cash-for-work programmes.

The Special Envoy’s briefing was delivered on the same day that senior UN officials and NGO partners called for a halt to plans to forcibly evict several Palestinian refugee families from the Sheikh Jarrah neighbourhood of East Jerusalem, part of the occupied Palestinian territory. In a statement, the officials said that forcible transfer is a “grave breach of the Fourth Geneva Convention,” and called on the Israeli authorities to “cease settlement construction, and abide by their obligations as an occupying power under international humanitarian law and international human rights law.”

Mr. Mladenov wrapped up his briefing with a warning that the Palestinian Question risks descending into endless conflict and the steady rise of radicalization on all sides, and that, within the current political landscape, those seeking to bridge the gap between Israelis and Palestinians are being undermined.

You can find more information on the Middle East open debate here.

UN media seminar on peace in the Middle East, highlights ‘power of words over weapons’ 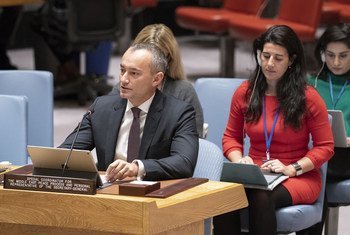 Recent violence and rising tensions in the West Bank are fuelling a climate of hatred and fear, “driving both Israelis and Palestinians further away” from a resolution to the conflict, the United Nations envoy for the Middle East Peace Process has said. 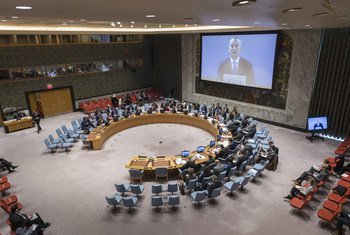