The reported use of “excessive force” against demonstrators across Sudan over food and fuel shortages that has led to the deaths of at least 24 people is “deeply worrying”, the UN’s top human rights official, Michelle Bachelet, said on Thursday.

In a call for the authorities to refrain from further violence, amid reports that security forces fired live rounds and tear gas into hospital premises, where protesters were sheltering, the High Commissioner said that the official toll “may be nearly twice as high”, citing “credible” reports.

“A repressive response can only worsen grievances,” Ms. Bachelet said in a statement, before urging the Government of President Omar Al Bashir to investigate the allegations “in a prompt, thorough and transparent” way.

“I am very concerned about reports of excessive use of force, including live ammunition, by Sudanese State Security Forces during large-scale demonstrations in various parts of the country since 19 December,” Ms. Bachelet insisted.

At least 816 people have also been arrested in connection with the demonstrations in more than a dozen cities across Sudan, Ms. Bachelet’s statement noted, adding that those targeted included journalists, opposition leaders and civil society representatives.

All those arbitrarily detained for the exercise of their rights to freedom of peaceful assembly and expression” should be “promptly released” and their rights “fully protected”, the High Commissioner said.

“The Government needs to ensure that security forces handle protests in line with the country’s international human rights obligations by facilitating and protecting the right to peaceful assembly”, Ms. Bachelet maintained, before urging the authorities “to work to resolve this tense situation through dialogue and call on all sides to refrain from the use of violence”.

Sudan, which until 2017 was subject to longstanding international sanctions affecting the country, cooperates with several UN human rights mechanisms, most recently the Human Rights Committee, which last reviewed the country in December 2018, as a State party to the International Covenant on Civil and Political Rights, since 1986.

Under the Covenant, Sudan “is obliged to take all necessary measures intended to prevent arbitrary deprivations of life by their law enforcement officials”, according to the statement, issued by the High Commissioner’s office, OHCHR.

Law enforcement officials should also “comply with relevant international standards” relating to the use of firearms, the statement added, noting also that Ms. Bachelet stressed the readiness of her office to deploy a team to Sudan, to provide advice to the authorities and “help ensure they act in accordance with the country’s international human rights obligations”. 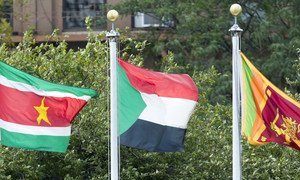 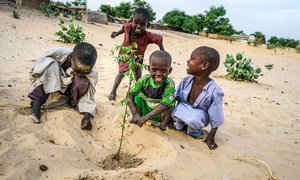 Africa is at a “tipping point” as global warming increases, and urgent action needs to be taken across the continent now, to mitigate risks and safeguard a decade of social and economic gains, according to a new report launched on Thursday by the United Nations Development Agency (UNDP) at the COP24 climate conference, in Katowice, Poland.