Bintou Keita, Assistant Secretary-General for Peacekeeping Operations in Africa, also apprised the Council of the alarming security situation in the central and northern areas of the African State, saying it was “of grave concern,” and provided “a major challenge” to implementing the UN-backed 2015 peace agreement.

The Agreement for Peace and Reconciliation in Mali was signed in June 2015 by the Coordination des Mouvements de l'Azawad armed group, following its signature in that May by the Government and a third party, the Plateforme coalition of armed groups.

The Malian Government has been seeking to restore stability and rebuild following a series of setbacks since early 2012, including a military coup d'état, renewed fighting between Government forces and Tuareg rebels, and the seizure of its northern territory by radical extremists.

She flagged the “very difficult conditions” under which the UN Stabilization Mission in Mali’s (MINUSMA) peacekeepers and the Malian defense and security forces continue to serve, saying that “far too often, they pay the ultimate price” in support of peace and stability across the country. Mali continues to be the most dangerous place in the world to wear the UN’s blue helmet.

The UN official recalled the 21 December attack against MINUSMA, which she said, “indicated the determination of extremist groups and spoilers to prevent the Mission from implementing its mandate.”

Ms. Keita also reminded the Council of last year’s “significant increase” in the use of improvised explosive devices (IEDs), saying that mission’s UNMAS continent (UN Mine Action Service) was supporting the authorities, including with advice, training and specialized equipment to mitigate their risks.

“We remain concerned about the further deterioration of the security situation in the centre where intercommunal violence, instrumentalized by extremist armed groups, has intensified over the past months,” she continued, spotlighting a deadly New Year’s Day attack. She said MINUSMA was working with the Government to respond to the rapidly evolving situation and protect civilians. 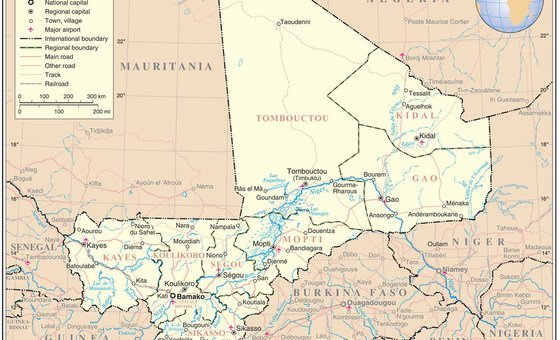 Ms. Keita stressed the importance of the parties to the peace agreement keeping positive momentum going, and making “meaningful progress, without further delay”.

“Addressing the challenges facing Mali must take into account the complex cross-border dynamics and drivers of conflict occurring within the broader regional context,” she stressed, reiterating the Secretary-General’s call on national, regional and international actors “to redouble their efforts to tackle the multiple threats facing Mali and the Sahel region.”

She assured the Council of MINUSMA’s continued commitment to supporting the parties in implementing the peace agreement.

For her part, Kamissa Camara, Mali’s Minister of Foreign Affairs and International Cooperation, highlighted that security measures are not enough when terrorist groups are working “relentlessly” to destroy social cohesion, weaken the State and extend their territorial control.

She said that the Government was currently working to build a national consensus to find “solutions shared by the whole Malian nation.”

Meanwhile, as the Council was meeting, it was reported that gunmen had attacked two villages in the country’s central Menaka region near the border with Niger, killing at least 20 people – further underscoring the country’s volatile security situation.

In response to the briefing, the Council issued a statement welcoming the positive achievements while expressing "significant"  impatience over persistent delays in implementing key provisions of the Agreement.

They conveyed their growing concerns over the deteriorating security situation in Central Mali and strongly condemned the continued attacks.

♦ Receive daily updates directly in your inbox - Subscribe here to a topic.
♦ Download the UN News app for your iOS or Android devices.
security council|mali 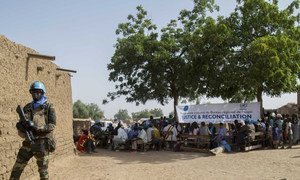 Deadly Mali attack to be investigated by UN rights experts

An attack on a village in central Mali earlier this week in which at least 37 civilians died, is to be investigated with the help of United Nations human rights experts, the UN stabilization mission in the country (MINUSMA), announced on Thursday.