The International Commission Against Impunity (CICIG) was set up by the UN in conjunction with the Guatemalan Government, 11 years ago, and has sucessfully highlighted corruption cases involving hundreds of politicians, bureaucrats and business people. Its mandate is due to run through to 3 September this year.

“As Secretary-General António Guterres has pointed out, the CICIG must complete its mandate with respect to the international agreement reached between the State of Guatemala and the United Nations,” in line with “the decision made by the Constitutional Court,” to promote the “respect for the rule of law in Guatemala,” stated Commission spokesperson, Matías Ponce.

On Monday, Guatemalan Foreign Minister Sandra Jovel met UN chief Guterres at UN Headquarters in New York and presented him with a letter notifying him of the Government’s decision to terminate the agreement that established the CICIG, within 24 hours. Under the agreement, the mandate of the Commission was scheduled to end on 3 September 2019.

The UN chief "strongly rejected" the move, led by President Jimmy Morales, who foreshadowed this week's announcement last September, by banning CICIG Commissioner, Ivan Velasquez, from re-entering the country. The Commission has launched probes into the President's financial affairs as well as other family members.

In a statement released on Tuesday, the Secretary-General, recalling the “important contribution of the Commission to the fight against impunity in Guatemala”, strongly rejected the contents of the letter and stated that the Government is expected to “entirely fulfil its legal obligations” under the agreement.

Mr. Ponce explained that Commissioner Valasquez - who has been continuing his job from outside Guatemala - and his team “are evaluating the different actions that will be taken to continue with the Commission's tasks”.

"At the same time", he added, "we are grateful for the support that the citizens and various movements of civil society in Guatemala, the international community, the national and international press, international aid workers, national justice authorities and the United Nations have given to the work of CICIG in Guatemala."

According to news reports, Guatemala's Constitutional Court backed the continuation of the Commission's work through this year, during all-night deliberations, after considering appeals against the Government's cancellation of its agreement with the UN.

♦ Receive daily updates directly in your inbox - Subscribe here to a topic.
♦ Download the UN News app for your iOS or Android devices.
Guatemala|CICIG 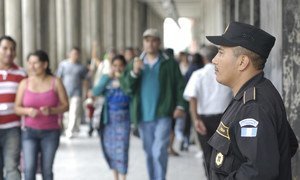 UN Secretary-General António Guterres has “strongly rejected” the Guatemalan Government’s decision to unilaterally terminate the International Commission Against Impunity in Guatemala (CICIG), an independent body set up by the UN and Guatemala to investigate illegal security groups and high-level corruption in the country. 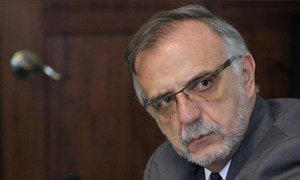 Guatemalan authorities informed United Nations Secretary-General António Guterres on Tuesday that they have barred Commissioner Ivan Velasquez, of the International Commission against Impunity in Guatemala (CICIG), from re-entering the country.