MINUSMA/Marco Dormino
A peacekeeping officer during a patrol in the streets of Gao, Mali, performed daily by United Nations Police (UNPOL) Officers from MINUSMA and Malian National Guard Officers. 7 November 2018.

At the United Nations, there is a popular saying – all roads lead to the Fifth – the “Fifth” here is the General Assembly’s main Administrative and Budgetary Committee, where all financial and programme matters concerning the UN system, are discussed. In this feature series on the work of the General Assembly, the UN body made up of all 193 Member States, UN News gives you an inside look at the critical work of the Fifth Committee.

Ambassador Gillian Bird, the Permanent Representative of Australia to the UN and the current chair of Fifth Committee, explained the unique role of the Committee to UN News in an exclusive interview.

“The Committee is responsible for all of the administrative and budgetary matters of the UN, every year it considers and approves the Organization’s budget,” she said.

Given the enormity of the issues it has to consider – from reports of the Board of Auditors and overseeing the UN’s expenses and human resource management, to financing UN peacekeeping operations – delegates and staff often find themselves in UN Headquarters at weekends and burning the midnight oil on week nights.

Ambassador Bird, who earlier in her diplomatic career served as a delegate to the Fifth Committee, said that her priority as the chair is to try to move away from this stressful 24/7 work schedule.

“I think we all work better if we are not working around the clock and on weekends.”

During its current, 73rd session, the Fifth Committee successfully concluded the main part of its work on 22 December, having started on 9 October.

Late last month, the General Assembly plenary acted on the recommendations of the Fifth, adopting 16 resolutions, including two resolutions on the scale of assessments, one for the regular budget and another for peacekeeping. Details can be found here.

The Assembly also approved $651.24 million for the UN’s special political missions, a recommendation that came straight from the Fifth Committee.

What is ‘scale of assessments’?

The scale of assessments is the share each UN Member State is obliged to pay to the regular and peacekeeping budgets of the Organization.

The term “scale of assessments” refers to the amount of money that the General Assembly determines should be assessed to finance the approved appropriation, divided among Member States, to pay expenses.

The “scale of assessments” is considered in depth every three years. It is determined based on the recommendations made by the Committee on Contributions to the General Assembly, for the body’s final approval.

UN Photo/Michael Ali
Peacekeepers serving with the United Nations Organization Stabilization Mission in the Democratic Republic of the Congo (MONUSCO) partner with local organizations to provide medical and nutritional care to orphaned and otherwise vulnerable children in North Kivu province.

Another unique characteristic of the work of the Fifth Committee, is that it strives to make all its decisions by consensus. This working style is not a firm rule, but more of a tradition and a practice at the Fifth, and at times the discussions move into so called “informal informals”.

The negotiation process, is not easy, as Member States might have quite different positions or views on particular topics”. So, it does require a lot of patience and perseverance on the part of delegates, as well as a sense of creativity and the common desire to reach an outcome,” she said, noting that there are sometimes vote, but not many.

“Working by consensus sometimes makes negotiation more challenging but it does seem to create a sense of collegiality among delegates that I haven’t really seen in other committees or processes, it also leads to outcomes where everyone shares ownership”, added Ms. Bird.

For intrepid readers who want to know more about the fine details, go here: The Process of Informals in the Fifth Committee.

While the main part of the Fifth Committee’s work concludes before the end of the year, because of its heavy workload, delegates get together once again in March and for a second resumed session to deal with administrative and budgetary aspects of UN Peacekeeping.

In addition to topics above, the agenda of the Fifth Committee this year includes reviewing the administrative and financial functioning of the UN; the programme budget for the biennium 2018-2019; improving the UN’s overall financial situation; the pattern of conferences; the UN pension system; administration of justice at the Organization; and the administrative and budgetary coordination of the UN with the specialized agencies and the International Atomic Energy Agency (IAEA).

Officials and the secretariat

Alongside Ms. Bird as the Chair, are three vice chairs, elected by the Committee. This year, the vice chairs are Fabio Esteban Pedraza-Torres (Colombia), Andre Lipand (Estonia), and Haseeb Gohar (Pakistan). Hicham Oussihamou (Morocco) is the current Rapporetur, tasked with preparing the Committees report.

The officers are supported by a team of UN Secretariat staff, serving as the secretariat to the Fifth Committee. The current Committee secretary is Sharon Van Buerle.

The Fifth Committee, like other Main Committees, uses UN PaperSmart, the Organization’s online platform providing delegates access to core documents. For delegates, Committee information, speaker lists, requests (and other resources) are all available through the e-deleGATE portal.

On the UN Official Document System, Fifth Committee documents are numbered using the pattern “A/C.5/<session number>/<document number>.” For example, the document A/C.5/73/1, contains the agenda items allocated to the Committee. All official documents are issued in the six main languages.

Official and open meetings of the Committee are carried live in UN Web TV.

Additional information can be found at the Committee’s website here. 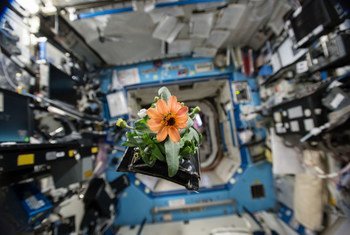 A timeline that stretches from the colonial past, through the present, and into the future for the final frontier in space, defines one of the United Nations General Assembly’s most versatile Main Committees – the Fourth Committee. 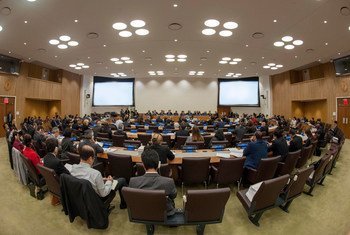