MONUSCO/Alain Likota
Voters look for their names in the lists during Presidential and Legislative elections in in the Democratic Republic of the Congo (30 December 2018).
7 January 2019
Human Rights

More than a week after voters went to the polls to choose a new President in the Democratic Republic of the Congo (DRC), results have yet to be announced and all primary telecommunications remain shut down – prompting a UN expert on Monday to urge the authorities to restore internet services as “a matter of urgency”.

“A general network shutdown is in clear violation of international law and cannot be justified by any means,” said David Kaye, the UN Special Rapporteur on freedom of expression, commenting on the information blackout in place since 30 December.

According to a senior Government official, the authorities cut internet and text services to preserve public order after “fictitious results” began circulating on social media, saying that they would be restored after the preliminary results due on 6 January. Those results has now been postponed.

News reports described a climate of suspicion surrounding the poll in a country that has not gone through a peaceful transition of power since 1960, when it gained independence from Belgium. As of Sunday, the head of the election commission, CENI, said that just over half of ballots have been counted.

The UN expert cited reports indicating that the shutdown was hindering both electoral observers and witnesses in sharing information from rural polling stations with local centres that are compiling results. It is also hampering the ability of the UN Stabilization Mission in the DRC, or MONUSCO, to communicate with its partners in the field, including those offering protection to vulnerable civilians.

The authorities need "to restore internet services as a matter of urgency and to ensure the integrity of a fundamental democratic exercise such as this one,” the Special Rapporteur said.

In 2016, the Human Rights Council passed a resolution unequivocally condemning measures, as a violation of international human rights, which intentionally prevent or disrupt access to the internet, and the dissemination of online information.

Previously, in 2015 the Joint Declaration of UN and regional experts on freedom of expression stated that network shutdowns or internet “kill switches” were measures that can “never be justified under human rights law”. The UN expert said he would continue to monitor developments in the DRC closely, and is standing by to assist authorities, as requested.

Special Rapporteurs and independent experts are appointed by the Geneva-based UN Human Rights Council to examine and report back on a specific human rights issues. The positions are honourary and the experts are not paid for their work.

♦ Receive daily updates directly in your inbox - Subscribe here to a topic.
♦ Download the UN News app for your iOS or Android devices.
DR Congo|monusco 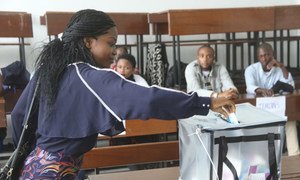 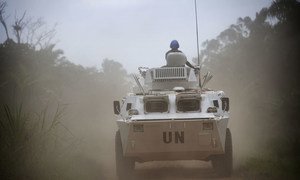