United Nations
The flag of the Republic of the Sudan (centre) flying at UN headquarters in New York.

The two human rights experts highlighted reports of escalating violence on the part of Sudan’s security forces, which media reports say has led to the deaths of at least 19 demonstrators in the past nine days, and the use of tear gas on Friday against protesters near the capital, Khartoum.

I strongly urge the Sudanese security forces to exercise the utmost restraint to avoid the escalation of violence and take immediate measures to protect the right to life of the - UN expert, Aristide Nonosi

He expressed deep concern over reports that government security forces were using live ammunition during the protests. “The Government should respond to legitimate grievances of the Sudanese people,” he added.

Meanwhile, Aristide Nononsi, the UN Independent Expert on the human rights situation there, said that the use of lethal force was unacceptable when controlling demonstrations.

“Dissent must be tolerated and not restrained with excessive force which can lead to loss of life” he spelled out. “I strongly urge the Sudanese security forces to exercise the utmost restraint to avoid the escalation of violence and take immediate measures to protect the right to life of the demonstrators.”

The experts also voiced concerned over reports of arbitrary arrests and detentions of an unidentified number of protesters, including students and political activists.

“We call on the Sudanese authorities to release those detainees,” they asserted. “We also urge the authorities to carry out independent and thorough investigations and to ensure that security forces handle protests in line with the country’s international human rights obligations.”

The rights experts reminded the Government that in May 2016 it had pledged to foster an environment that supports inclusive dialogue, and legal reforms which would promote respect for human rights and fundamental freedoms. “The events of recent days do not demonstrate this commitment,” they stressed.

The experts underscored their readiness to cooperate with the Sudanese authorities to work towards a State where human rights are central, and the rule of law is upheld.

According to news reports, some protesters have been calling for an end to President Omar al-Bashir's 27-year rule, pointing out that in 2018, some goods have more than doubled in cost, while inflation has risen to nearly 70 per cent amid sharp falls in the value of the Sudanese pound.

Special Rapporteurs and independent experts are appointed by the Geneva-based UN Human Rights Council to examine and report back on a specific human rights theme or a country situation. They are not paid for their work.

Secretary-General António Guterres, who is also following the developments with concern, appealed "for calm and restraint" and called on the authorities "to conduct a thorough investigation into the deaths and violence."

The UN chief extended his condolences to all those who have lost loved ones, and emphasized the need to safeguard freedom of expression and peaceful assembly. 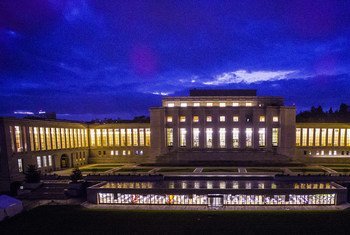 Countries should heed the “clear pro-abolitionist spirit” towards the death penalty of one of the world’s most important treaties, a key UN independent human rights panel said on Thursday, while highlighting concerns about right-to-life violations in Belarus and Sudan. 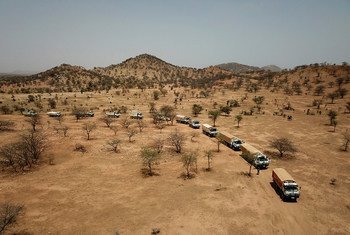 While security has improved in Darfur, inter-communal tensions in the conflict-plagued region of Sudan are still high, with clashes over land and livestock, the head of the joint United Nations-African Union peacekeeping mission said on Monday.