© UNICEF
On 30 June 2018 in Yemen, a ship berths in Hudaydah port and emergency humanitarian supplies sent by UNICEF are offloaded.
24 December 2018
Peace and Security

The head of the UN team which is monitoring and helping implement a ground-breaking ceasefire across Yemen’s crucial port city of Hudaydah, had his first face-to-face meeting with authorities there on Monday.

Retired Dutch General Patrick Cammaert and his advance team, also undertook “a familiarization visit” to the Port itself, where close to eighty per cent of life-saving humanitarian aid, food and commercial goods arrive before being distributed.

The UN Spokesperson’s Office said that the team took note of the “current boundaries and related access roads, particularly eastern and southern access roads into and out of the city.” 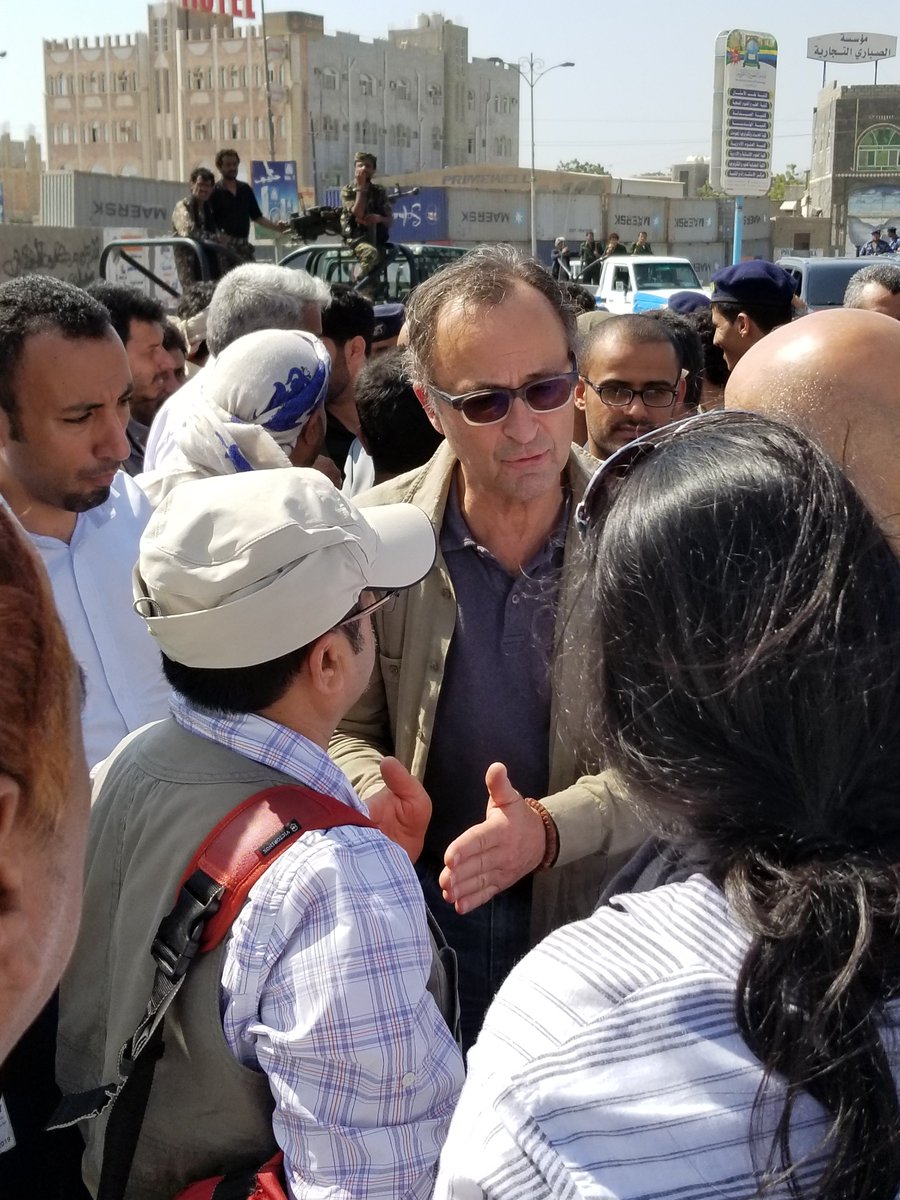 Houthi opposition fighters have control of the centre of Hudaydah and the port, and an offensive launched by the internationally-recognized Government and their allies last June, to take the port, threatened the lives of around 300,000 children trapped in the city, and a humanitarian disaster, said the UN.

Historic consultations convened in Sweden by UN Special Envoy Martin Griffiths earlier in December resulted in a Security Council resolution last Friday, endorsing a deal to continue peace talks in January, and a fragile ceasefire that has held since last Tuesday.

According to the UN, General Cammaert’s team were also encouraged on Monday by the presence of returning internally-displaced civilians who had fled the city before the ceasefire agreement.

The presence of returning IDP’s in the city was an encouraging sign of the positive effects of the ceasefire which appears to be holding, since it entered into force on 18 December.

The team arrived in Hudaydah on Sunday, and prior to their arrival, the General met with Houthi members who will be working as part of the team, formally known as the Redeployment Coordination Committee (RCC), in the capital, Sana’a.

In a note to correspondents at UN Headquarters in New York, the UN Spokesman’s office said that General Cammaert had been “reassured of their commitment to the implementation of the Stockholm agreement,” adding that he was “encouraged by the general enthusiasm of both sides to get to work, immediately.” The first joint RCC meeting, is scheduled to take place on Wednesday.