How to ensure that perpetrators of chemical weapons attacks are accountable? How do we stop digital technologies from being used for malicious purposes across the globe? How can we really create a nuclear-weapon-free world, bringing all nations on board and what limits should the world set on the use of poweful new "automous weapons"? How can we curb illegal arms sales?

The First Committee handles all of these tricky questions, and more, concerning threats to the security of States and individuals, across the world.

A central pillar of the UN, from the ashes of World War

The six General Assembly’s Main Committees were established in 1945, at the UN's founding. As the world was coming out of devastating conflict – including the first use of nuclear weapons  – issues of war and peace were at the very top of the founders’ agenda. In fact, the very first resolution ever to be adopted by the UN General Assembly was the product of the work of the First Committee, and proposed the creation of a special commission “to deal with the problems raised by the discovery of atomic energy.”

Since then, the First Committee has pushed through hundreds of war-and-peace-related resolutions approved by the UN General Assembly. Although they are non-legally binding for Member States, these resolutions set important standards and principles, and ensure that constant dialogue takes place on the issues that most directly threaten the  security of societies everywhere.

Who makes up the First Committee?

Just as in the plenary of the General Assembly, all 193 Member States are represented in each of the Main Committees. The officers of the Committees this year were elected in June. For the disarmament Committee, Ambassador Ion Jinga of Romania was elected to the position of Chair, with three Vice-Chairs, Marissa Edwards of Guyana, Noël Diarra of Mali, and José Ataíde Amaral of Portugal.

How do they go about tackling world peace?

For its 73rd session, the Committee held a total of 31 meetings from 4 October to 8 November.

The whole thing started with the “General Debate” where a series of statements were made by Member States, high level officials, as well as NGO representatives. In her opening statement this year, the UN disarmament chief, Izumi Nakamitsu, told Member States that the stakes were high as issues of security and peace "are now at their worst state since the end of the Cold War.”

The second phase focused on thematic discussions according to seven clusters: nuclear weapons, other weapons of mass destruction, outer space disarmament, conventional weapons, regional disarmament and security; other disarmament measures and international security, and disarmament machinery. This is where resolutions to be recommended for adoption at the General Assembly are proposed and drafted.

The last week, called “Action on drafts,” was dedicated to finalizing and voting on resolutions, as well as statements by Member States, explaining their decisions.

What did the First Committee achieve this year?

On 8 November, the Committee wrapped up its work programme with 68 draft resolutions and decisions sent to the General Assembly, out of which 26 were approved without a vote.

Notably this year, among the proposals approved were two which created working groups loo develop rules for States on responsible behaviour in cyberspace. In addition, with a view to reducing the ever-widening gap between developed and developing countries, the Committee approved the draft resolution “Relationship between disarmament and development.”

In the last meeting, the Committee Chair in his closing remarks told the country representatives in the room that “disarmament and international security are in [their] hands and [their] actions as Member States result in consequences which we must all face.”

Take a look at the Disarmament and International Security Committee session of t he First Committee, from November 8 below, and look out for further explainers on the work and makeup of the other General Assembly Committees, in the days ahead as we go into 1019:

♦ Receive daily updates directly in your inbox - Subscribe here to a topic.
♦ Download the UN News app for your iOS or Android devices.
disarmament|General Assembly 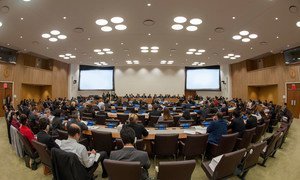 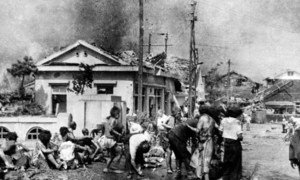