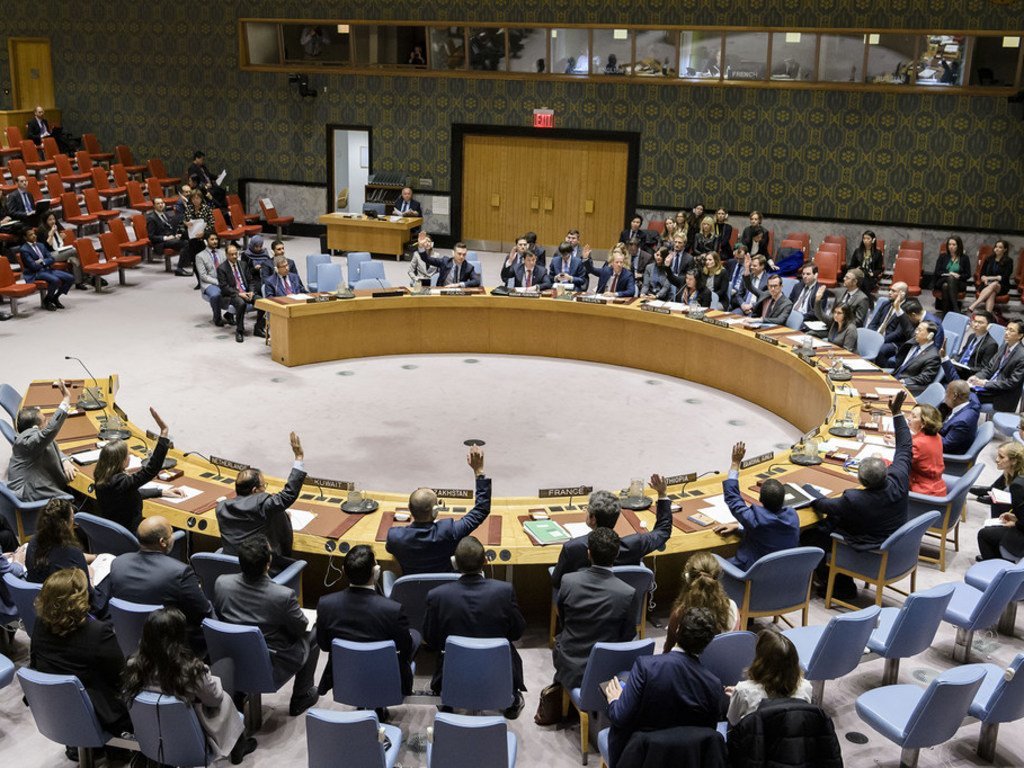 That ground-breaking agreement, following the first talks between the warring parties in more than two years, includes a ceasefire in and around the vital port city of Hudaydah – the conduit for nearly 80 per cent of Yemen’s life-saving food, medical aid and fuel. The truce entered into force on 18 December.

Unanimously adopting resolution 2451 (2018), the Council “insisted” that all parties fully respect the ceasefire agreed for Hudaydah governorate as well as the commitment to redeploy their forces away from Hudaydah city and the port areas, to agreed locations outside, “within 21 days of the ceasefire coming into force.”

The draft, penned by the United Kingdom, also urged the parties to continue to “engage constructively, in good faith and without preconditions” with Martin Griffiths, the UN Special Envoy for Yemen, including by working to stabilize the war-battered economy and reopening Sana’a airport, as well as committing to another round of peace talks, in January 2019.

Further in the resolution, the 15-member Council authorized the Secretary-General to establish and deploy, “for an initial period of 30 days”, an advance monitoring team on the ground, to support and facilitate the immediate implementation of the Stockholm Agreement.

‘Deep regret’ at loss of lives

The Security Council also expressed “deep regret” at the loss of life and injuries in the conflict, the use of children on the battlefield, and stressed that all those fighting need to ensure that civilians are protected and allowed safe passage.

It also called on all warring parties to comply with applicable international law, including humanitarian law to respect and protect medical facilities and personnel allowing them safe transit; protect civilian infrastructure including schools; reliable food distribution networks; processing and storage, and to withdraw any military personnel from civilian buildings and areas.

The Council also underlined the need to allow and facilitate safe, rapid and unhindered access for humanitarian and medical personnel to all those in need, and reiterated that “aid should be disbursed on the basis of need and be gender and age sensitive.”

The adoption of the resolution, originally scheduled for the morning, was delayed until early afternoon, allowing time for consultation among the Council members.

According to reports, a second draft resolution, penned by the United States, concerning Yemen, was not tabled at the Council and instead, some of its elements were included in the UK draft.