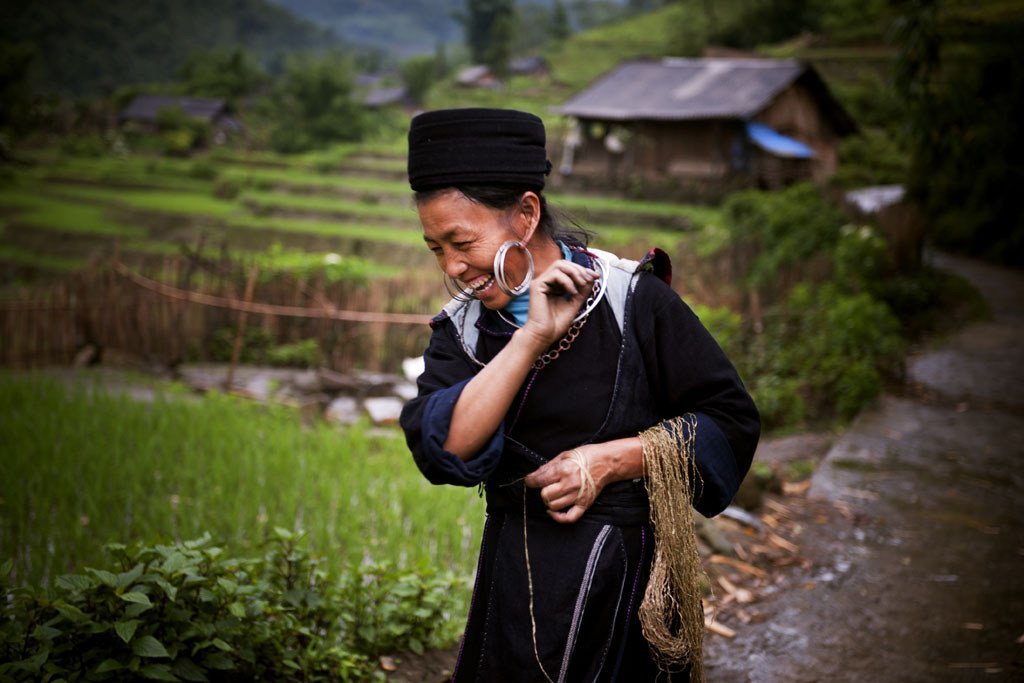 UN Photo/Kibae Park
A H/mong hill tribe woman in a village of Sin Chai, Sapa, Viet Nam. Women’s labour accounts for the two-thirds of subsistence agriculture in developing countries, yet they often have no rights over the land.
12 December 2018
Economic Development

Millions of jobs in the Asia and Pacific region have been put at risk by conflicts over trade, despite a recent agreement not to escalate tit-for-tat tariffs by the United States and China, according to a new regional UN report.

The 2018 Asia-Pacific Trade and Investment Report, issued by the UN’s development arm in the region, ESCAP, suggests that an escalating “tariff war” and resulting drop in confidence next year, could cut nearly $400 billion from the global gross domestic product, drive regional GDP down by $117 billion.

“As production shifts take place and resources are reallocated across sectors and borders due to the trade conflicts, tens of millions of workers may see their jobs displaced and be forced to seek new employment,” said Mia Mikic, the head of Trade, Investment and Innovation Division at ESCAP.

That said, the report also noted trade tensions have already had had a major impact, resulting in disruptions to existing supply chains and dampening investment. Trade growth slowed after the first half of 2018, and foreign direct investment (FDI) flows to the region are also expected to continue on a downward trend next year, following a 4 per cent drop overall this year.

In such a scenario, regional investment will be key to creating new economic opportunities, says Ms. Mikic, adding that “complementary policies” such as labour, education and retraining, and social protection measures must be placed high on the policymaking agenda.

This is also critical for ensuring progress on implementing the Sustainable Development Goals (SDGs), she said.

ESCAP has also called on countries to take full advantage of all existing initiatives to strengthen regional cooperation, including a new UN treaty on digitalizing trade procedures and enabling cross-border paperless trade in the zone.

‘Trade war’ has no winners

The report has also underscored that neither China nor the US can win a “trade war”, explaining that “both will see significant economic losses from continuing conflict.”

It also finds that implementation of mega-regional trade agreements such as the Regional Comprehensive Economic Partnership, among the Association of South-East Asian Nations (ASEAN) and its six partners – Australia, China, India, Japan, New Zealand and the Republic of Korea – could offset much of the economic losses from trade tensions.

The 2018 report estimates that implementation of such agreements could boost exports by 1.3 to 2.9 per cent and add 3.5 to 12.5 million jobs in the Asia-Pacific.

ESCAP, or the Economic and Social Commission for Asia and the Pacific is largest among UN regional commissions. Its 53 member States and 9 associate members span a geographic area from the Pacific island of Tuvalu in the east to Turkey in the west, and Russia in the north to New Zealand in the south. The region is home to nearly two-thirds of the world’s population.

In addition to countries in the Asia-Pacific region, ESCAP’s membership also includes France, the Netherlands, the United Kingdom and the US.

♦ Receive daily updates directly in your inbox - Subscribe here to a topic.
♦ Download the UN News app for your iOS or Android devices.
United States|china|international trade

Gathered at the United Nations Economic and Social Commission for Asia and the Pacific (ESCAP), the Organization’s development wing in the region, countries have highlighted how new technologies – especially smart devices – are making transport systems safer and greener.