Major organizations from the world of sport are joining an increasing number of private sector businesses in the race to beat global warming. At the United Nations’ COP24 conference in Poland on Wednesday, 17 major players representing sporting bodies, athletes and fans, added their names to the collective scoreboard, with the launch of the Sports Climate Action Framework.

COP24 is a two-week conference that has brought together the 197 parties to the UN Climate Change Convention (UNFCCC), as well as activists, non-profits organisations, and the private sector, to define the guidelines to implement the historic 2015 Paris climate action agreement, aimed at limiting global warming to well below 2°C compared to pre-industrial levels.

The 17 the represent the starting line-up of the Sports Climate Action Framework, include major players like the International Olympic Committee (IOC), the Fédération Internationale de Football Association (FIFA), and the Union of European Football Associations (UEFA). Other signatories include the French tennis federation, Roland Garros, Formula E, the International Sailing Federation, organizers of the Tokyo 2020 Summer Olympics, the Paris 2024 Summer Olympics, the Rugby League World Cup 2021, and the World Surf League.

“With its global reach, universal appeal and the power to inspire and influence millions of people around the globe, sport is uniquely placed to drive global climate action and encourage crowds to join in,” said Prince Albert II of Monaco, who chairs the IOC Sustainability and Legacy Commission, during the launch event in Katowice. “As countries here in Katowice prepare to turn their climate commitments into reality, we stand ready to leverage the power of sport to support their efforts,” he stressed.

The sports industry bears responsibility for extensive carbon emissions on several fronts; including through travel, overall energy use, venue construction, and catering. With this initiative, it recognizes the need to unite behind a set of principles to get on track for a net-zero emissions economy by 2050. 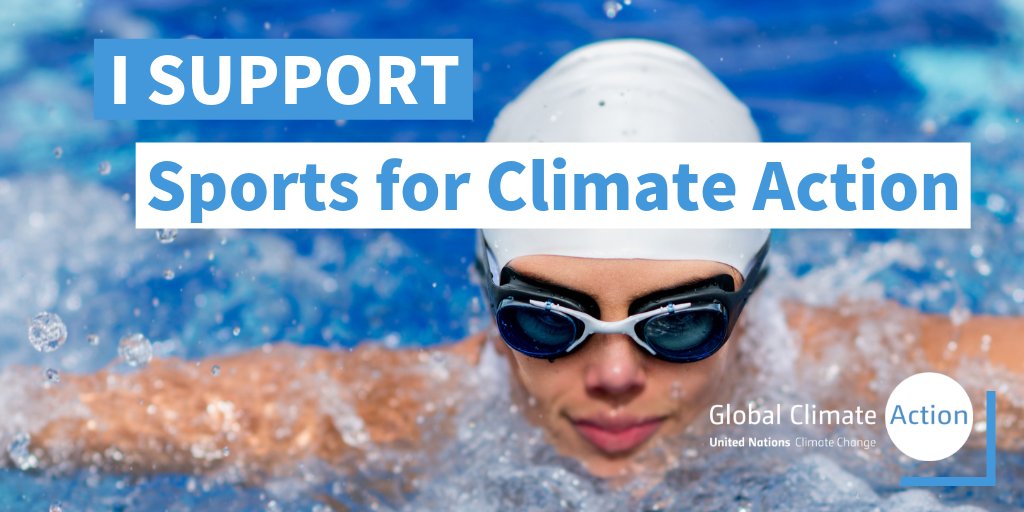 “We recognize the critical need for everyone to help implement the Paris Agreement and accelerate the change needed to reach greenhouse gas emission neutrality in the second half of the 21st century,” said FIFA Secretary-General Fatma Samoura.

The sentiment is echoed by UEFA’s President Aleksander Čeferin: “Climate change is the biggest challenge facing the planet. UEFA firmly believes that football, with its strong and ever-growing environmental conscience, in particular in areas such as sustainable event management, has a duty to play a role in addressing this issue.”

The result of a collaboration between the representatives of various sports organisations and the UN, the Framework not only aims to reduce the amount of greenhouse gas emission stemming from sports operations, it also calls for leveraging the popularity of sporting role-models, and the passion of many fans, to help change public opinion about the dangers of irreversible climate change.

“You know playing in five different World Cups for my country, it’s one of those things. But at some point, as an athlete, you start to see the platform that you have, and you see your voice is for a reason, and the power of using it,” former football goalkeeper and UNICEF Ambassador, Karina LeBlanc, told UN News.

“Whether you have a reach of Cristiano Ronaldo with 360 million followers or you’re a teacher who has a classroom of kids, it’s about starting the conversation, on how we can all impact change… And the idea of being in a race, with everybody being in the same team, I think that’s what inspires me,” she explained.

Some concrete initiatives have already seen the light of day. The IOC, in collaboration with the UNFCCC secretariat, has produced two guides: “Sustainability Essentials: Sports for Climate Action” and “Carbon Footprint Methodology for the Olympic Games and Paralympic Games,” meant to provide essential climate action guidance to sports federations and others.

In early 2019, the adopters of the Sports for Climate Action Framework will be invited to form working groups to plan, pursue and enhance work under 16 principles laid out in the Framework.