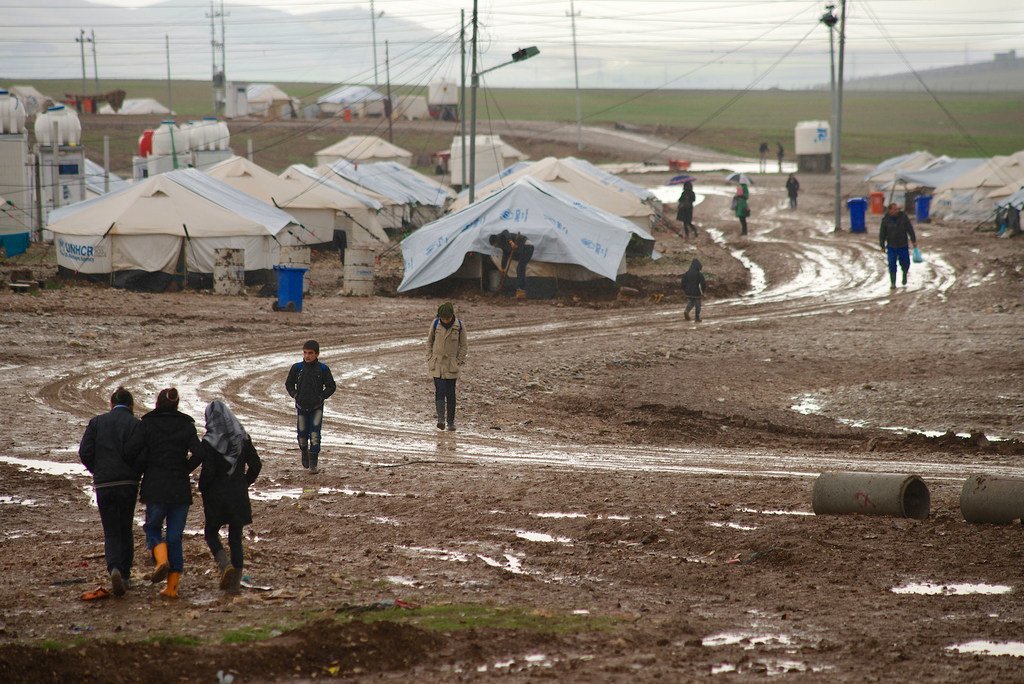 UNICEF/Noorani
In this file photograph, children at a refugee camp in Suleimaniyah, northern Iraq, walk to their school, along a muddy path on a cold, rainy winter day.
10 December 2018
Humanitarian Aid

Many families in the region have been left with next to nothing after being on the move for years due to conflict and resulting economic hardship. It is “impossible” for them afford fuel for heating and winter clothes to keep their children warm, the UN agency warned.

“The devastating floods have made this winter even more difficult for displaced children who are extremely vulnerable to hypothermia and respiratory diseases,” he said, underscoring that every child “deserves to be warm and healthy.”

According to the UN agency, those receiving assistance age between 3-months and 14-years, in hard-to-reach areas, having been through years of violence, including gender-based violence, and trauma of war.

Monday also saw the formal presentation of the Nobel Peace Prize to Yazidi activist and UN Goodwill Ambassador, Nadia Murad, who survived being trafficked in northern Iraq and sold into sexual slavery, by terrorist group ISIL. Recognition of her extraordinary efforts, also draws attention to the plight of hundreds of thousands of displaced children, added Mr. Hawkins.

“As the world celebrates Nadia Murad’s incredible story of survival and her work for human rights, let us remember that there are many vulnerable children in Iraq who still need our support, even if the worse of the violence may be over,” he said.

In October, the Nobel Committee announced the awarding of its 2018 Peace Prize to Ms. Murad, and Dr. Denis Mukwege of the Democratic Republic of the Congo for his work helping victims of sexual violence in the central African nation.

They received their award on Monday in the Norwegian capital, Oslo.

‘Dire consequences’ for a million children in the Middle East, North Africa, as funding dwindles

Amidst a $33 million funding shortfall, plunging temperatures in the Middle East and North Africa pose a major threat to children in the region, the UN Children’s Fund (UNICEF) said on Tuesday.