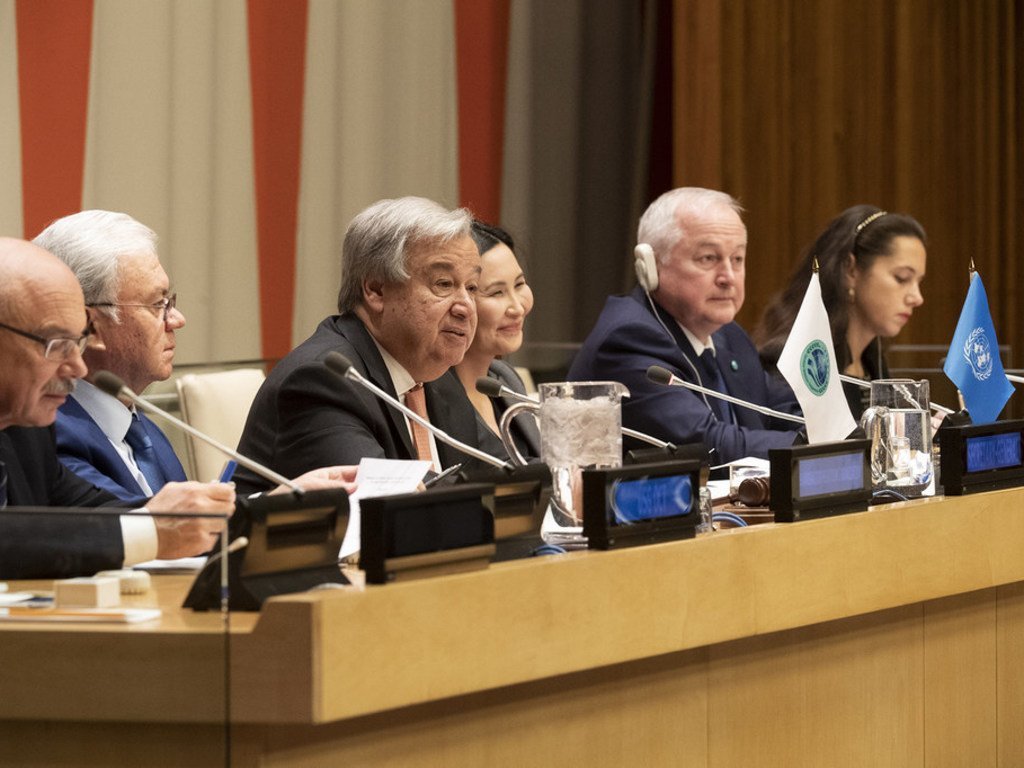 Addressing a high-level meeting between the UN and the Shanghai Cooperation Organization (SCO), a regional bloc in Eurasia, Secretary-General António Guterres highlighted the complementary approaches between the two bodies, including preventive diplomacy, to address complex issues in the region.

He said the UN was “committed to work closely with the SCO towards a stable and prosperous Eurasia region where people can enjoy peace, sustainable development and respect for human rights – the fundamental values that led to the development of the United Nations,” he said.

One of the key shared priorities, highlighted Mr. Guterres, is greater inclusivity, particularly through greater engagement and participation of women and young people, especially in peace building.

“Women must have a meaningful role in all peace processes,” said the UN chief, noting that women’s participation, at all levels, has “proven essential” to sustainable peace and resilient societies.

Youth, he continued, have “great potential” to promote peace and tolerance and champion innovation, recalling Youth2030, the UN Youth Strategy, which he launched in September.

“The empowerment of women and young people, in the broader context of a vibrant civil society, is a solid basis for peace and human security,” added the UN chief.

Mr. Guterres also spoke of partnership between SCO and the Turkmenistan-based UN Regional Centre for Preventative Diplomacy (UNRCCA), contributing to peace and stability in Central Asia, including in counterterrorism and prevention of violent extremism.

“This demonstrates the vitality of our interaction and the very close coordination of our common strategy,” he said.

Established in 2001, the SCO is a political, economic, and security alliance of countries in the Eurasia region. Its membership includes China, India, Kazakhstan, Kyrgyz Republic, Pakistan, Russia, Tajikistan and Uzbekistan. In addition, Afghanistan, Belarus, Iran and Monglia are SCO observer states.

♦ Receive daily updates directly in your inbox - Subscribe here to a topic.
♦ Download the UN News app for your iOS or Android devices.
Regional Cooperation

United Nations Deputy Secretary-General Amina Mohammed addressed the Heads of State summit of the Shanghai Cooperation Organisation (SCO) on Sunday, stressing that the organization's impact in the political, economic and security realm, extends well beyond the large Eurasian region that its members represent.