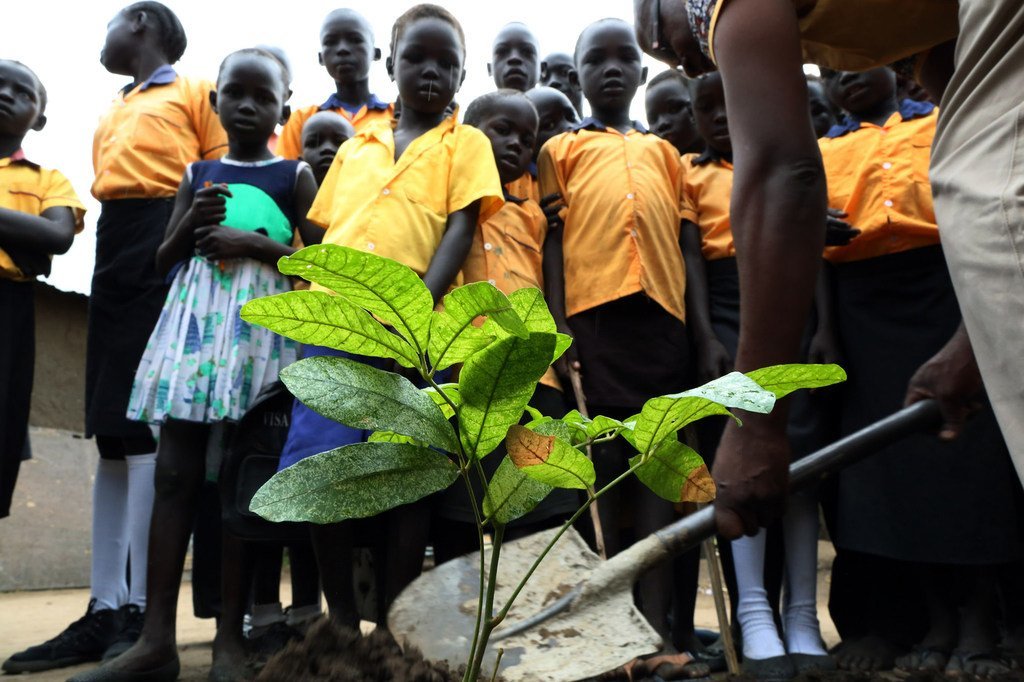 UNMISS/Eric Kanalstein
Trees donated by the UN peacekeeping mission in South Sudan, UNMISS are planted at the Exodus Junior Academy in the capital, Juba. (October 2018)
21 November 2018
Climate and Environment

“Do not take this planet for granted – it is the only one we have,” she said, addressing Tsinghua University students.

She highlighted that the last three years have been the warmest on record, spotlighting signs of climate change such as more frequent and exceedingly intense natural disasters, and declines in food security and prosperity.

The latest report from the UN Intergovernmental Panel on Climate Change (IPCC) makes clear that the pressure is on to limit the rise in global temperature to 1.5 degrees Celsius.

Neglecting to address these warnings signs means leaving the future vulnerable to competition over scarce resources, injuring economies, and creating “a fertile ground” for chaos.

She turned to the younger generation for hope to protect the planet.

“I am counting on young people like yourselves to hold leaders and decision-makers accountable to ensure a secure future for yourselves and future generations,” she told students.

Praising collective action, she said the Paris Agreement, a pact within the UN framework convention, known by the acronym UNFCCC, aimed to strengthen the global response to climate change, indicated a strong start for countries committing to lowering their emissions, and added that the Agreement’s potential has yet to be fully unleashed.

Countries must raise their ambitions, she counseled, and implement their own national contributions, highlighting that China has done its part in deploying more solar and wind capacity than any other country in the world in the last five years.

“We have all the tools we need to create a new reality and you are in a position to lead us with new innovations,” she said.

“Let us join hands and use this as an opportunity to strive for a healthy, prosperous and sustainable future for all.”