UNAIDS/MUJAHID SAFODIEN
Mandisa Dukashe and her family live in Eastern Cape, South Africa. Mandisa is a trained nurse and works in the response to HIV to ensure quality control in health-care settings. She is living with HIV and encourages people to get tested for HIV. Her husband and two daughters are all HIV-negative.
21 November 2018
Health

“To reach the millions who do not know their status, we need universal access to HIV testing services. HIV testing should be as widely available as pregnancy testing,” said Michel Sidibé, Executive Director of UNAIDS, the coalition of 11 UN agencies established in 1994 to tackle the global AIDS epidemic.

Recent years have seen some successes in the battle against HIV/AIDS. In 2017, 75 per cent of people living with the virus knew their status, up from 66 per cent in 2015. Encouragingly, at least four in five people aware of their condition have access to treatment currently. In addition, the number of people with HIV who are “virally suppressed” – meaning that the HIV load in their blood has reached levels so low that the virus is undetectable — has increased from 38 per cent in 2015 to 47 per cent in 2017. 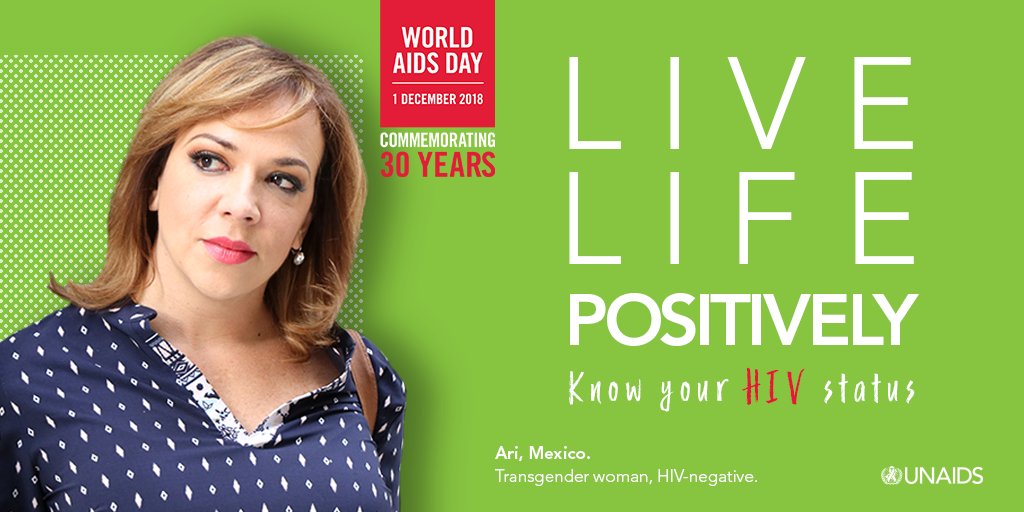 However, access to HIV viral suppression remains unequal worldwide. In some parts of the world, getting tested is easy and fully integrated into a person’s antiretroviral treatment regime, but in other places – for example in West and Central Africa – it is close to impossible, with only one viral load testing machine for a whole country.

“To reach the millions who are not virally suppressed, we need viral load monitoring to be as available in Lilongwe as in London,” said Mr. Sidibé. “HIV testing and viral load testing should be universal”.

In 2016, the UN General Assembly adopted a Political Declaration on Ending AIDS. In it, UN Member States agreed to review and reform legislation that may create barriers or reinforce stigma and discrimination for people living with HIV or AIDS. Since then, dozens of countries have passed legislation that explicitly prohibits discrimination on the basis of HIV status.

Yet, country reports to UNAIDS over the past two years show that legal barriers remain in many countries, including: the criminalization of same-sex acts, of sex work, of non-disclosure or transmission of HIV, as well as entry and stay restrictions for people living with HIV.

In addition, breaches of confidentiality in health-care settings still occur with alarming frequency. “When news of one’s HIV-positive status result may lead to rejection, violence or criminal prosecution, the consequences of taking an HIV test or regularly visiting a health facility for medicine refills or viral load testing can appear worse than the consequences of avoiding these services,” UNAIDS’ report explains.

“In the past few years, we have seen incredible innovations become available that are helping to revolutionize the AIDS response,” explained Mr. Sidibé, citing HIV self-testing kits as an example.

“But technology alone will not be enough to ensure that people can access the HIV testing services they need,” the UNAIDS Executive Director explained. “Stigma and discrimination must be confronted wherever it is experienced.”

“HIV testing gives people the knowledge they need to make choices – choices on the right options for treatment and prevention… Let’s ensure that everyone has that power,” he added.

UNAIDS is working to end the AIDS epidemic by 2030 as part of the Sustainable Development Goals, in particular Goal 3, Target 3. It unites the efforts of: the UN refugee agency (UNHCR), the UN Children’s Fund (UNICEF), the World Food Programme (WFP), the UN Development Programme (UNDP), the UN sexual and reproductive health agency (UNFPA), the UN Office on Drugs and Crime (UNODC), UN Women, the International Labour Organization (ILO), the UN Educational, Scientific and Cultural Organization (UNESCO), the World Health Organization (WHO), and the World Bank.

♦ Receive daily updates directly in your inbox - Subscribe here to a topic.
♦ Download the UN News app for your iOS or Android devices.
HIV|UNAIDS 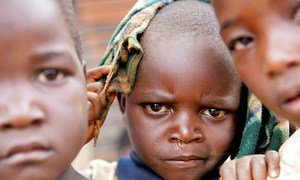 The United Nations in Zimbabwe is reaffirming that people living with HIV and AIDS need to continue with antiretroviral (ARV) therapy to manage their infections, after a local preacher reportedly claimed that he had received divine revelation of an herbal cure. 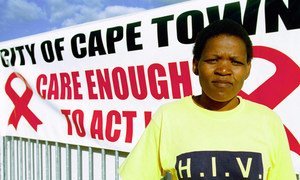