The process is called the Universal Periodic Review, or UPR, and the ultimate goal is to improve the human rights situation for people around the globe.

What is it all about?

Every four and a half years, on a rotational basis, all 193 UN Member States undergo an interactive review of the human rights situation in their countries. The idea is to give equal treatment to all the countries and allow them to exchange best practices.

Who does the reviewing?

The Human Rights Council was created in 2006 as part of a general wave of reforms of the UN system. It is composed of 47 Member States, elected by the UN’s 193 Member States. However, any country can take part in the discussions held during a review. Each State review is led by groups of three countries (known as “troikas”), randomly chosen.

How does this “interactive review” work?

Information and evidence are presented, and questions are asked by special independent experts (called “Special Rapporteurs”), and the UN’s Member States. Civil-society organisations can also submit questions and evidence through country representatives. The State under review is given a chance to explain the actions they have taken, or plan to take, to address the issues presented. Recommendations are officially made, and technical assistance is provided where needed. Each State review lasts about three and a half hours.

Which countries are being reviewed on this rotation?

The UPR review sessions take place for two weeks, three times a year, and 14 countries are reviewed in each session - a total of 42 per year. This time, the following countries will be reviewed in this order: Saudi Arabia, Senegal, China, Nigeria, Mexico, Mauritius, Jordan, Malaysia, the Central African Republic, Monaco, Belize, Chad, Congo and Malta.

Which human rights are assessed?

The UPR assesses the human rights obligations set out in: the UN Charter, the Universal Declaration of Human Rights, the human rights treaties ratified by the reviewed State, and international humanitarian law.

What comes out of it?

A report is prepared by the troika with the involvement of the reviewed State and technical assistance from the UN human rights office (OHCHR). This report provides a summary of the actual discussion, with the questions, comments and recommendations made, as well as the responses by the reviewed State. The report is discussed a few days after the review and adopted at a plenary session of the Human Rights Council.

Is there any follow-up, any accountability?

The reviewed State has the primary responsibility to implement the recommendations contained in the final report. Countries are expected to provide information on what they have been doing to make changes during their review, as well as on any developments on human rights when they undergo their following UPR. The international community and OHCHR are there to assist and provide technical help, in consultation with the country concerned.

What happens if a State is not cooperating?

The Human Rights Council can take a series of measures, such as specific investigations and the setting up of dedicated committees to put pressure on non-cooperating Member States, and draw the world's attention to them. 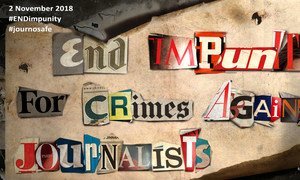 The killing of journalists around the world for doing their job is “outrageous” and should not become the “new normal” according to UN Secretary-General António Guterres. 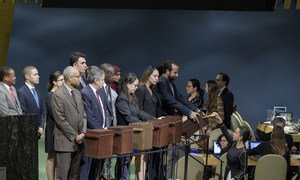