Countries should heed the “clear pro-abolitionist spirit” towards the death penalty of one of the world’s most important treaties, a key UN independent human rights panel said on Thursday, while highlighting concerns about right-to-life violations in Belarus and Sudan.

The Human Rights Committee’s comments followed its scheduled review of both countries at its 124th session in Geneva, which also covered Belize, Bulgaria and Guinea.

The 18-member body of independent experts began work more than four decades ago to monitor people’s right to life, freedom of expression and freedom of conscience – obligations for State signatories to the 1966 International Covenant on Civil and Political Rights (ICCPR).

Together with the International Covenant on Economic, Social and Cultural Rights (ICESCR), the two Covenants are the cornerstone of an extensive series of internationally binding rights treaties.

On Sudan, the Human Rights Committee highlighted its concerns that the death penalty is still imposed for crimes other than those involving “intentional killing”.

Panel member Sarah Cleveland told journalists that this could include a “wide range” of offences, such as blasphemy, adultery and same-sex relationships.

“Sudan has a wide range of crimes on the books that are subject to the death penalty including crimes which do not qualify as the ‘most serious crimes’ under the Covenant,” she said. “It has a mandatory death penalty for a number of crimes and it also retains on the books punishments including execution by stoning and by crucifixion.”

Noting that Sudan had “indicated that they do not apply the latter two punishments”, Ms Cleveland explained that the committee had recommended that they be removed from the criminal code nonetheless.

On Belarus, the UN panel noted with concern that the death penalty “continues to be imposed and enforced”, including in six cases where the Human Rights Committee had requested a stay of execution.

“We intervened and asked them not to execute a person until we have heard his allegations about the due process and other violations of his process,” said panel chair Yuval Shany.

He explained that the Government had said it was examining a move towards the abolition of the death penalty, but that a majority of the population was not in favour of doing so.

“We already know that three out of those six persons have been executed despite our requests,” Mr Shany added. “We do not have information about the fate of the other three, so we are still hoping that they were not executed.”

Among the committee’s other concerns about Belarus with regard to the Convention was the practice of preventing families of condemned prisoners from knowing the date of their execution – one of a series of measures which the authorities maintained were there to shield relatives.

“The argument from the State has been that these provisions in the Penalties Enforcement Code are actually in a way to protect the family,” said panel member Ilze Brands Kehris. “But it is the view of the Committee and every time we have had other countries where we have dealt with this as well, is that the traumatic experience of not knowing what has happened to a loved one and not knowing the time of even an execution and certainly not being able to then bury the body…actually does amount to inhumane treatment.”

Beyond its country-specific recommendations, the UN panel also took the significant step of issuing updated, detailed guidance on the right to life, which is covered in the Covenant under Article 6.

The Committee last published two such documents more than 30 years ago, and each of those was only 10 paragraphs long.

The latest version was nearly four years in the making and is more than seven times as big - reflecting the input of dozens of States and civil society – and the impact of modern-day threats to people’s civil and political rights, such as weaponized drones and environmental degradation.

According to the panel’s rules, Member States have two years to report back on their progress in implementing its main concluding observations, or recommendations.

Asked whether the panel would comment on the case of journalist Jamal Khashoggi, who Saudi officials reportedly say was killed in the Saudi Arabian consulate in Istanbul, chair Yuval Shany said that the country was not a signatory to the Convention.

Turkey was a signatory however, Mr Shany, explained, before adding that it had yet to report back to the Committee, although it was expected to do so next year.

At its 125th meeting in March, the panel is due to discuss people’s civil and political rights in Angola, Estonia, Eritrea, Lesotho, Mexico, Niger, Viet Nam, and Saint Vincent and the Grenadines.

World ‘not yet on track’ to ensure children a better future: UN rights chief 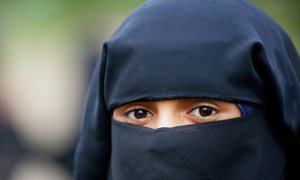 Following complaints by two French Muslim women, fined for wearing a full-body veil or niqab, a UN Committee of independent human rights experts ruled in their favour on Tuesday, stating that their freedom to practice their religion had been infringed.