UNAMA/Fardin Waezi
A funeral takes place for a Tolo news agency journalist killed in an attack on 5 September 2018 outside a sports centre in Kabul, Afghanistan.

A group of independent, UN-appointed human rights experts have called on world leaders to stop inciting hatred and violence against the media, citing the hundreds of journalists killed or forcibly detained because of their work, and ensure that those responsible are held accountable.

On Wednesday, the experts, including David Kaye, Special Rapporteur on the promotion and protection of the right to freedom of opinion and expression, Agnes Callamard, Special Rapporteur on extrajudicial, summary or arbitrary executions; and Bernard Duhaime, Chair of the Working Group on Enforced or Involuntary Disappearances, released a statement ahead of the International Day to End Impunity for Crimes Against Journalists, on 2 November.

The statement said that “these last weeks have demonstrated once again the toxic nature and outsized reach of political incitement against journalists, and we demand that it stop,” and strongly urged States to take firm steps to ensure accountability for violence and attacks against journalists, reversing and resisting the appalling trend of impunity.”

They particularly highlighted the killing earlier this month of Saudi dissident journalist Jamal Khashoggi, and condemned the response of States, the international community and the United Nations itself, for the failure to address his enforced disappearance and apparent murder.

“The only way forward is to establish an independent, transparent and credible investigation into his murder, one authorised by and reporting to the United Nations. Anything short of a complete investigation, recognised as such by the international community, will make a mockery of government claims of commitment to the safety of journalists.”

One journalist killed every four days

The UN Educational, Scientific and Cultural Organization (UNESCO) says that, between 2006 and 2017, over 1,000 journalists were killed for reporting the news and bringing information to the public; an average of one death every four days.

In nine out of ten cases the killers go unpunished, and this impunity, say the UN experts, triggers further violence and attacks: perpetrators must be brought to justice, and victims and families should have access to remedies.

High-level international commitments already exist, such as a resolution on the safety of journalists, adopted by the Human Rights Council in September. The UN experts called on world leaders to implement such resolutions and end their role in inciting hatred and violence against the media.

On this year’s International Day to End Impunity for Crimes against Journalists, UNESCO is launching a new campaign, Truth Never Dies, to raise awareness of this situation, and is calling for media partners to support the initiative by publishing stories by, and about, journalists killed as a result of their work. A toolkit is available for media that wish to take part. 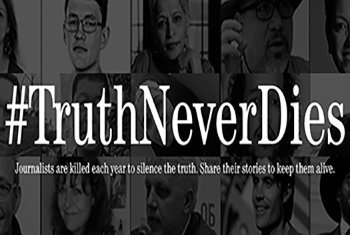 Every four days, a journalist is murdered, often for simply doing their job of uncovering something that someone wants to stay hidden: the vast majority of these killings go unpunished. 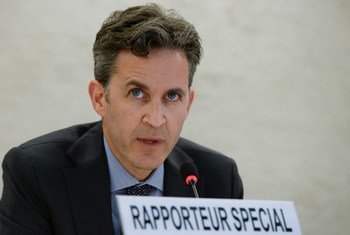