Weekly migration of 1.4m to cities can contribute to ‘disasters’

The migration of some 1.4 million people every week to cities around the world “can strain local capacities, contributing to increased risk from natural and human made disasters’” according to the United Nations Secretary-General António Guterres.

In his message for World Cities Day, celebrated annually on 31 October, Mr. Guterres stressed that “hazards do not need to become disasters.”

“The answer is to build resilience – to storms, floods, earthquakes, fires, pandemics and economic crises,” he said.

Mr. Guterres explained that cities around the world are doing just that, forging new ways to increase resilience and sustainability.

The capital of Thailand, Bangkok has built vast underground water storage facilities to cope with increased flood risk and save water for drier periods.

In Quito, the capital of Ecuador in South America, local government has reclaimed or protected more than 200,000 hectares of land to boost flood protection, reduce erosion and safeguard the city’s freshwater supply and biodiversity.

The UN chief also indicated that the city of Johannesburg in South Africa “is involving residents in efforts to improve public spaces so they can be safely used for recreation, sports, community events and services such as free medical care.”

World Cities Day was established by the UN to promote the international community’s interest in global urbanization, push forward cooperation among countries in meeting opportunities and addressing challenges of urbanization, and contributing to sustainable urban development around the world.

“It has been estimated that without action on climate change – which accounts for just one facet of resilience – some 77 million urban residents risk falling into poverty,” she warned, elaborating that human-made and environmental threats ranged from droughts, floods and fires to economic shocks, disease outbreaks, war and migration.

“Investing in resilience is a wise investment,” the UN Habitat chief said.

The theme of this year’s commemoration, Building Sustainable and Resilient Cities, focuses on the need to preserve human life and limit damage and destruction while continuing to provide infrastructure and services after a crisis.

A range of UN-backed international agreements, including the 2030 Agenda for Sustainable Development, the Paris Agreement on climate change, the Sendai Framework for Disaster Risk Reduction and the New Urban Agenda provide “a roadmap for a more sustainable and resilient world,” according to the UN Secretary-General.

How vulnerable is your city?

The UN Department of Economic and Social Affairs, DESA, published new research on Wednesday, showing that close to three in five cities worldwide with populations over 500,000, are "at high risk of a natural disaster".

It's data booklet, The World’s Cities in 2018, found that 679 our of 1,146 cities of over half-a-million, were vulnerable to either cyclones, floods, droughts, earthquakes, landslides or volcanic eruptions - or a combination of these dangers. Some large cities are exposed to four or five different natural disaster risks.

Check out where your region or city stands in the global map below: 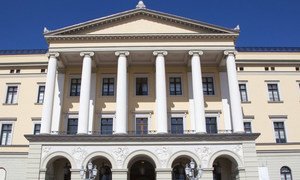