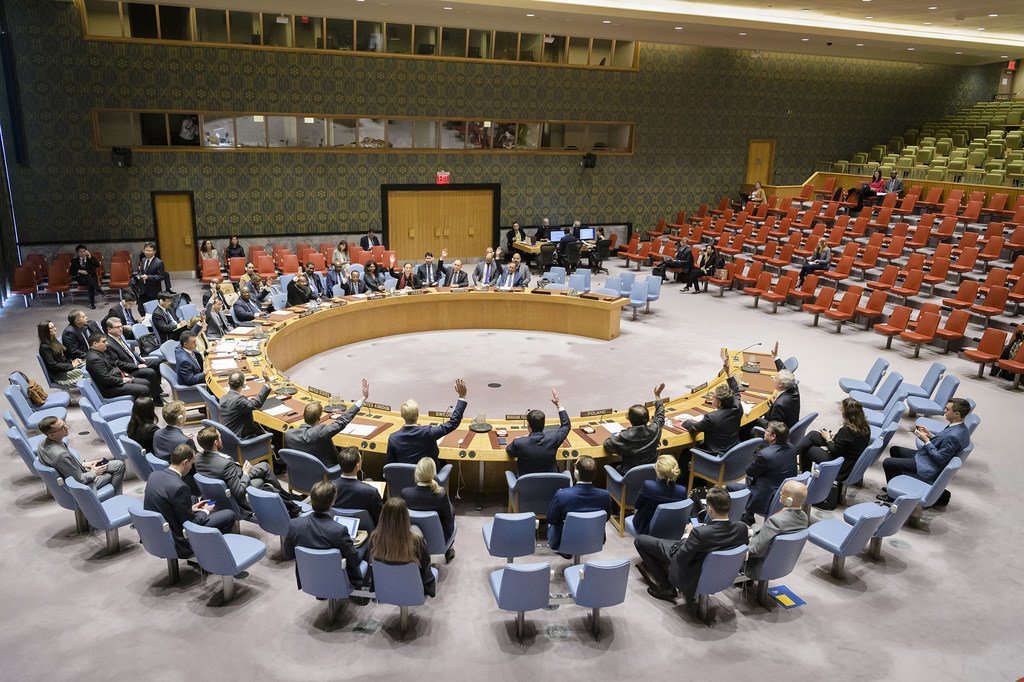 The United Nations Security Council has voiced “serious concern” over the impact of deteriorating security situation in the Democratic Republic of the Congo (DRC) on the response to the deadly Ebola outbreak and fears that the virus could spread further into the country and the wider region.

A large country in central Africa, DRC has been plagued by violence and insecurity for decades. Across the country, local populations and humanitarian workers assisting them have come under attacks by armed groups, necessitating the deployment of a large UN peacekeeping mission.

Unanimously adopting resolution 2439 (2018), the 15-member Council “demanded” that all armed groups in the region respect international law and ensure full, safe, immediate and unhindered access for humanitarian and medical personnel, and their equipment, transport and supplies to the affected areas.

Humanitarian response teams and hospitals providing life-saving assistance and relief to those in need “must be respected and protected, and that they must not be a target,” said the Security Council in the resolution.

The UN body also stressed the need for gender-sensitive response to the Ebola outbreak that addresses the specific needs of both men and women, given that men and women are affected differently by the socio-economic impacts of the outbreak.

The Council also stressed the importance of the “full, active and meaningful engagement” of women in the development of such responses.

According to the UN World Health Organization (WHO), as of 22 October, over 200 cases have been confirmed and at least 150 people have lost their lives since the outbreak was declared in DRC’s North Kivu and Ituri provinces in August. This is the tenth outbreak in the country in the past 40 years.

In its latest assessment, the UN health agency also warned of the potential for the virus to spread into Uganda, Rwanda, South Sudan and Burundi, and called on these countries to step up readiness efforts.

In the resolution, the Council also noted that the Government of the DRC “bears the primary responsibility” to protect civilians subject to its jurisdiction and stressed the need for the international community to “remain engaged” in supporting national health systems, as well as maintaining financial, technical and in-kind support for efforts to control the outbreak.

It also encouraged the Government and countries in the region to “continue efforts to address and resolve the wider political, security, socioeconomic and humanitarian consequences of the Ebola outbreak, as well as to provide sustainable and responsive public health mechanisms.”

The Security Council also expressed its appreciation towards the work of humanitarian and health staff on the ground and as well as the “positive role” of the UN peacekeeping mission in the country (MONUSCO) in support of the response and in protecting civilians.

It also requested all relevant parts of the UN System to step up their response to the outbreak, within the overall coordination of WHO, including by supporting the development and implementation of preparedness and operational plans, in collaboration with governments of the region and those providing assistance.

World Health Organization (WHO) Director-General, Dr Tedros Adhanom Ghebreyesus, has called an Emergency Committee meeting on the Ebola virus outbreak in the Democratic Republic of the Congo (DRC), which has already claimed around 130 lives.