The UN Stabilization Mission in Mali, MINUSMA, reported on Saturday that two peacekeepers had been killed and several others wounded, following on from a coordinated attack at dawn, on a base in the north of the country.

A proliferation of armed groups fighting government forces and their allies in the centre and northern areas of Mali following a failed coup six years ago, have made MINUSMA the most dangerous mission to serve in as a UN ‘blue helmet’.

A statement from the Mission said that peacekeepers based in Ber, close to Timbuktu, had “repelled a complex attack, launched simultaneously by several pickups armed with rocket launchers and machine guns”, as dawn broke on Saturday.

Blue helmets chased after the unidentified assailants, and a few hours later in the Mopti region, peacekeepers came under attack again, this time through improvised explosive devices, or IEDs.

United Nations chief António Guterres, said in a statement issued by his Spokesman, that attacks targeting peacekeepers "may constitute war crimes under international law" and said the UN stood in solidarity with the Government and people of Mali,  determined to support stablization efforts inside the country.

The Secretary-General extended his "heartfelt condolences and sympathies to the families of the victims and to the Government of Burkina Faso." He "expressed solidarity" with the Togolese Government, wishing all the injured a speedy recovery.

The UN Special Representative and head of MINUSMA, Maamat Saleh Annadif, expressed his outrage over the attacks carried out by “enemies of peace”.

“I strongly condemn this brutal attack which will not undermine our determination to support Mali, on its march to peace”, he said. “The perpetrators of these crimes must be prosecuted and made to pay for their actions”, he added. 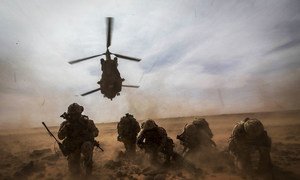 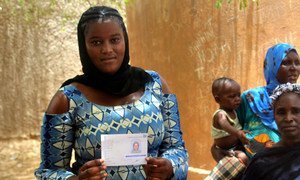 In an effort to better protect people and their property throughout Mali, the international community must honour commitments to help reduce violent extremism, chronic insecurity and ineffective government, said the United Nations expert on human rights in the country, Alioune Tine, on Thursday.