UNICEF México
Children are among the migrants from Central America who are walking north towards the United States. Here they are pictured on the streets of Tapachula, Chiapas, Mexico. 21 October 2018.
26 October 2018
Migrants and Refugees

Highlighting the vulnerability of children on the move, the agency advised all transit and destination countries, to consider alternatives to immigration detention.

According to the UN Human Rights Office (OHCHR), thousands of men, women, and children, including unaccompanied children, are still making their way through Mexico toward the southern border of the US.

Their journey is arduous, especially when opting for irregular migration routes. The dangers of inclement weather, including soaring temperatures and lack of shelter are high, especially for children, say UN agencies. 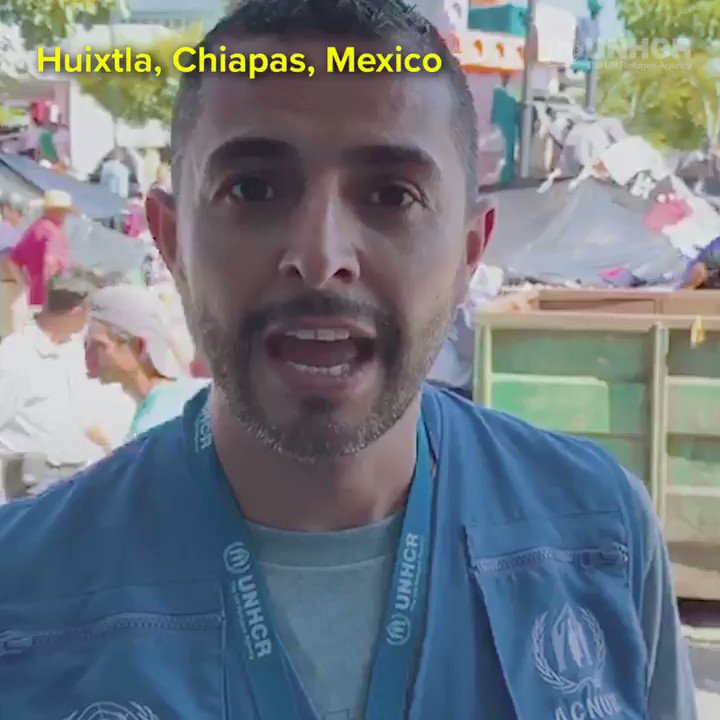 Some have already fallen ill or are suffering from dehydration, said UNICEF, while the danger of extortion by criminal smuggling gangs, or threats of robbery and sexual violence are also present; perils from which many are already fleeing.

‘When I saw our house burning…it was time to flee’ Eduardo, 16

Eduardo, a sixteen-year-old from Honduras, told UNHCR that the gang violence in his hometown of Colon had become so intense, he felt he had no other option but to leave the country.

Describing his reaction after gang members torched his family home, he said, “When I saw our house burning, I knew out number had been called, our luck had run out, it was time to flee.”

Eduardo and his cousins joined the caravan, fearing forced-recruitment by gangs. They first crossed into neighboring Guatemala, when authorities closed the border. The group was able to cross into Mexico along with 1,500 other migrants, but Eduardo admitted he was anxious about whether they would be granted entry.

“I felt helpless, unwanted by any country. I thought they would send us back, and then my real nightmare would start,” he recalled.

A priority for UNHCR, which has mobilized extra staff and resources to help those making the journey in Mexico’s southern borderlands, is ensuring migrants are informed on their rights to asylum. In an agency video, a UNHCR protection associate said many migrants were simply unaware asylum was an option.

UNHCR spokesperson Adrian Edwards told reporters in Geneva earlier this week that transit and destination countries must consider their human rights obligations ahead of immigration status.

“UNHCR would like to remind countries along this route that this caravan is likely to include people in real danger,” Edwards said.

“In any situation like this it is essential that people have the chance to request asylum and have their international protection needs properly assessed, before any decision on return or deportation is made.”