The United Nations human rights chief, Michelle Bachelet, on Friday warned that the forcible mass expulsion of Congolese migrants from Angola has resulted in “serious human rights violations by security forces on both sides of the border” and left at least 330,000 returnees in an “extremely precarious situation”.

This month, some 330,000 people have reportedly crossed from Angola into the Kasai, Kasai Central and Kwango provinces of the Democratic Republic of Congo (DRC), following an expulsion order by the Government of Angola targeting irregular migrants. 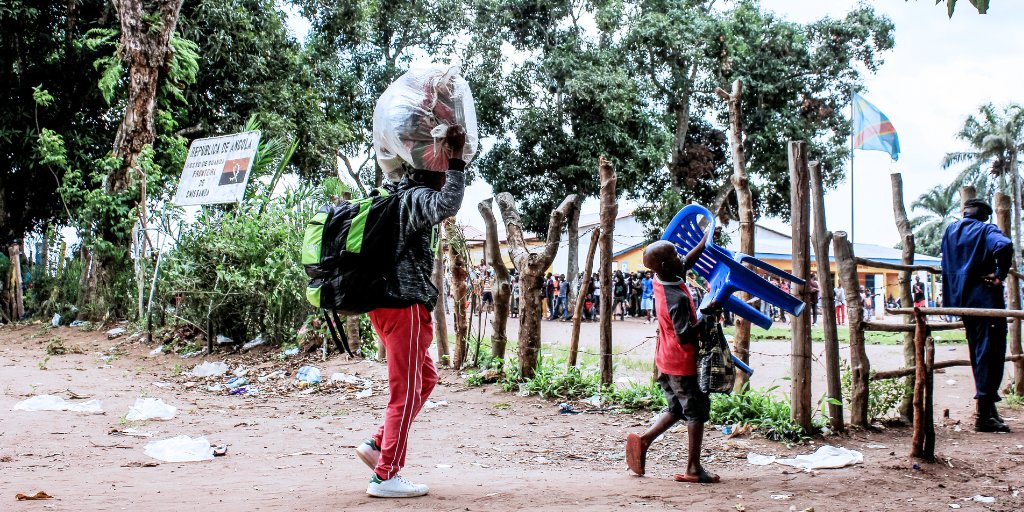 “International law and the African Charter of Human and Peoples’ Rights forbid the mass expulsion of non-nationals without individual assessment or other due process guarantees,” said the UN’s High Commissioner for Human Rights, Michelle Bachelet. “In expelling such a massive number of people in such a short time, Angola has placed tens of thousands of families at severe risk,” she regretted.

In interviews with people in the border town of Kamako in Kasai, the UN human rights office (OHCHR) received reports indicating that security forces in Angola used “excessive force in their operations to deport the Congolese nationals”.

The team has verified information concerning six deaths, reportedly at the hands of security forces, but has also received many other allegations of killings that it has not been able to fully verify. Reports also suggest that at least 100 people have been injured during confrontations.

According to OHCHR, several migrants also alleged that upon their arrival in Kamako, they were subjected to extortion, illegal taxation, and arbitrary detention by the DRC defence and security forces. Some of the migrants are being hosted by families or in improvised shelters, but many are sleeping in the streets, with inadequate access to health and food, severe water shortages and lack of proper sanitation.

“I call on the Government of Angola to halt any ongoing deportations until it can be assured that any returns will be carried out in full respect of the rule of law and the human rights of all affected migrants,” said Ms. Bachelet, calling for security forces and others responsible for violations in the course of these expulsions to be held accountable.

Warning of the risk of inter-communal violence “if the situation is not handled carefully”, she called for the Congolese authorities to ensure that the returnees are protected from extortion and violence, particularly given the continued lack of accountability for grave human rights violations that occurred in the Kasais between 2016 and 2017.

“I urge the Government of the DRC to ensure that members of security forces that may be responsible for violations, past and present, against people – regardless of their ethnic affiliations – are subjected to investigations, with a view to ensuring justice for the victims,” she said. “Failing this, I fear we could see a repeat of the cycles of terrible violence that erupted in the Kasais in 2016.”

Ms. Bachelet also urged DRC and the international community to redouble efforts to address the urgent humanitarian needs of the returnees in Kasai, Kasai Central and Kwango.

♦ Receive daily updates directly in your inbox - Subscribe here to a topic.
♦ Download the UN News app for your iOS or Android devices.
Democratic Republic of the Congo|human rights|migrants