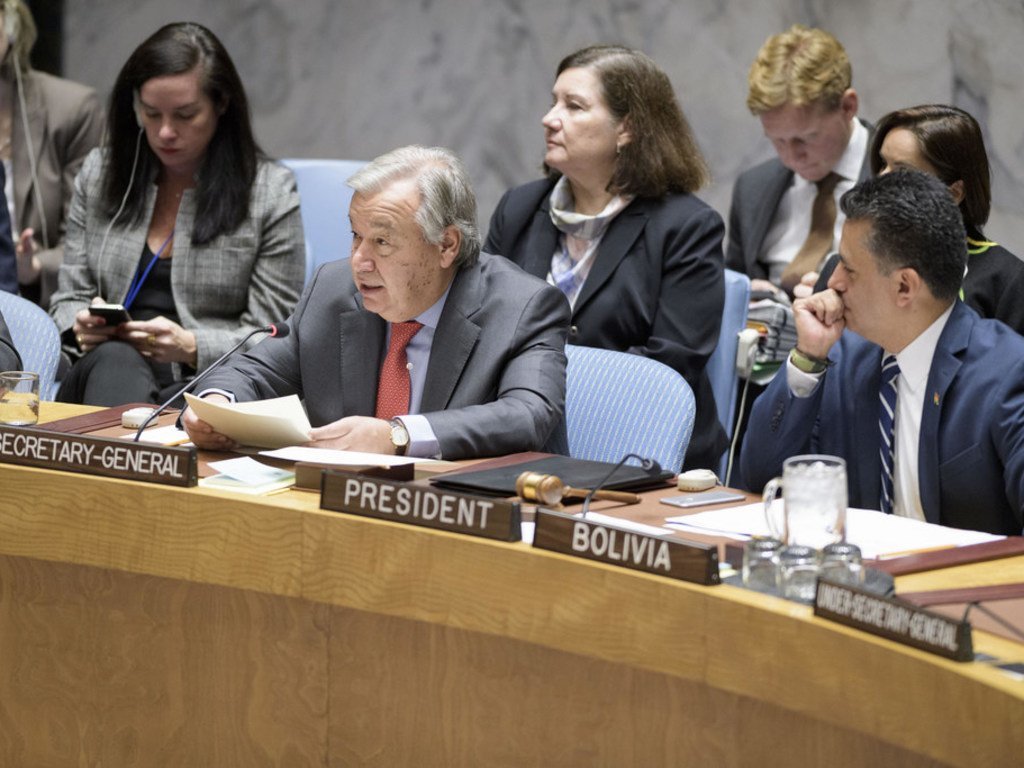 Despite greater participation of women in building and sustaining peace and the recognition from all quarters of the value they bring, the realities on the ground show that much more remains to be done, United Nations Secretary-General António Guterres told Security Council members on Thursday.

“Every year, we make laudable commitments,” Mr. Guterres said at the Council’s annual high-level debate on women and peace and security.

“But they are not backed with the requisite financial and political support,” he continued, noting lack of inclusion in mediation efforts and limited space for women to participate as peacebuilders.

He said it was “crippling to our credibility and protection capacity that women represent only four percent of our military peacekeepers and ten percent of police.” He added that the UN “fully supports the innovative efforts launched by Member States this year to incentivize greater representation.”

Furthermore, women’s organizations overall are not provided with adequate funding while resources for empowerment programmes are constrained, added the UN chief.

We will never effectively address complex global challenges like climate change, inequality & conflict without the expertise of half our population. Women's contributions are essential to creating resilient, peaceful societies on a healthy planet #UNSCR1325 pic.twitter.com/6Flk4CU6jP

In his briefing, Mr. Guterres outlined key action points, which he will prioritize over the coming months, beginning with a commitment to ensure gender parity as well as stamping out all forms of sexual exploitation and abuse within the Organization.

He went onto note he will continue to push for greater and more meaningful participation of women in mediation efforts, as well as for a gendered approach to peace and security.

He said this meant “supporting peacebuilding at the local level, even during conflict … We must consistently support the local women’s groups that negotiate humanitarian access and support community resilience; learn from them; and build peace from the ground up.”

Ensuring full financing for these and other measures is vital, added the Secretary-General, noting also that he has setup a task-force to review the UN’s funding for gender equality, including in the peace and security pillar.

“Finally, from now on, I will include gender analysis in my reports to this Council whenever it is relevant to inform your decisions,” he said.

‘Continued tolerance’ of limited space for women ‘is shameful’

Also speaking at the Security Council debate, Phumzile Mlambo-Ngcuka, the head of UN Women, the Organization’s main gender equality and women’s empowerment agency, briefed on the Secretary-General’s report on women and peace and security.

Stating that the report is a “loud alarm bell” on systemic failures which have prevented women’s full involvement in peace-making, she called on UN Member States to ensure “genuine” efforts to include more women. “Our continued tolerance for the limited recognition of women’s expertise and lived experience is shameful.”

The 20th anniversary of the landmark Security Council resolution 1325, in 2020 will be an opportunity to shape the agenda for the next decade with new commitments and priorities, she continued, calling on everyone to participate sincerely in the process and contribute to lasting change.

Adopted in 2000, resolution 1325 reaffirmed the critical role of women in the prevention and resolution of conflicts, including peacebuilding, peacekeeping and in humanitarian responses. It also stressed the importance of their equal participation and full involvement in all efforts for the maintenance and promotion of peace and security. 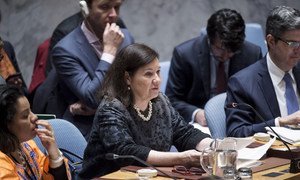 At the Security Council today, a senior United Nations official called on Member States, regional organizations and civil society for greater partnership to boost women’s participation at all levels and help ensure UN peace efforts are stronger and more sustainable.