© UNICEF/Giacomo Pirozzi
The niqab is a full-body Islamic piece of clothing, worn by some women in some devout Muslim communities, and which covers the whole body, leaving only a narrow slit for the eyes. Yemen, 2007.
23 October 2018
Human Rights

Following complaints by two French Muslim women, fined for wearing a full-body veil or niqab, a UN Committee of independent human rights experts ruled in their favour on Tuesday, stating that their freedom to practice their religion had been infringed.

The Committee, mandated with monitoring the implementation of the International Covenant on Civil and Political Rights, received the two complaints in 2016.

The women had been prosecuted, convicted and fined in 2012 for wearing the niqab, based on a 2010 French law which stipulates that “no one may, in a public space, wear any article of clothing intended to conceal the face.” The law has the effect of banning the wearing of the full Islamic veil in public, which covers the whole body, leaving only a narrow slit for the eyes.

The Committee of 18 independent experts from around the world, stated in two rulings, that the right to practice one’s religion includes the wearing of distinctive clothing and head coverings.

#France: Fining two women for wearing the #niqab in public violated their freedom of religion — #HRCttee experts not persuaded by France’s claim that ban was necessary & proportionate for security reasons or for attaining the goal of “living together”.

“The State has not demonstrated how the full veil presents a threat in itself for public security to justify this absolute ban,” the decision read, adding that the French Government had not adequately explained why hiding one’s face is forbidden for religious reasons, while it is authorized in other contexts such as sports, or artistic settings.

The experts also concluded that the ban, rather than protecting fully veiled women, could have the effect of confining them to their homes, impeding their access to public services and marginalizing them.

The Committee acknowledged that Governments’ law enforcement entities must be able “in some circumstances” to demand that individuals show their faces, meaning they would have to uncover them in specific and “concrete situations”, where public security was at stake, or for formal identification purposes.

Committee members noted, however, that the scope of the French law was not limited to such specific contexts and that it prevents people from hiding their faces in public spaces “at all times”.

“The decisions are not directed against the notion of secularity, nor are they an endorsement of a custom which many on the Committee, including myself, regard as a form of oppression of women,” said Yuval Shany, Chair of the Committee.

He explained that the decisions reflected the position that a general criminal ban did not allow for a reasonable balance between public interests and individual rights.

Anyone can bring an alleged violation of human rights to the attention of the United Nations committees tasked with monitoring the realization of various international human rights treaties, and thousands of people around the world do so every year. Once a case has been deemed admissible and a decision has been made, there is no possibility to appeal against the committees' decisions, as they are final.

If a committee concludes that a violation of a treaty has taken place, the decisions – which are not legally-binding – offer recommendations for the State involved in the case, which then has 180 days to provide information on the steps it has taken to implement those recommendations.

In these two specific cases, recommendations include a compensation of the two petitioners, and measures to prevent similar violations in the future, including a review of the 2010 law.

♦ Receive daily updates directly in your inbox - Subscribe here to a topic.
♦ Download the UN News app for your iOS or Android devices.
Islam|human rights|france|women and girls 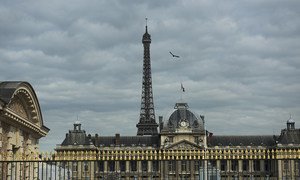 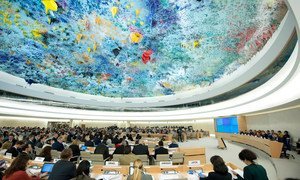