While the institution has been the subject of controversy since its creation in 2006 – culminating in the withdrawal of the USA this past June – UN Secretary-General António Guterres reiterated that it plays “a very important role” in the UN’s human rights architecture.

Elections to the Council happen annually, with countries serving for three years on a rotational basis, as some of the seats expire on 31 December every year. There are 47 seats, equitably distributed according to five regional divisions.

Countries need a minimum of 97 votes to get elected, and everything happens by secret ballot. This year, 18 seats were up for election:  five for Africa, five for Asia-Pacific, two for Eastern Europe, three for Latin America and the Caribbean, and three for Western Europe and other States.

After Friday’s election, here’s how the Council will look from 1 January:

3. What does the Council actually do?

In a nutshell, the HRC is a multilateral forum to discuss anything relating to human rights issues around the world.

In addition to launching fact-finding missions and establishing commissions of inquiry into specific situations, it meets three times a year to review the human rights records of UN Member States, in a special process designed to give countries the chance to present the actions they have taken, and what they’ve done, to advance human rights. This is known as the Universal Periodic Review.

This video explains it all in a simple way:

The HRC was created in 2006, following a proposal by former Secretary-General Kofi Annan. In a report titled “In Larger Freedom”, he noted that the Commission on Human Rights, created in 1946, was suffering from “declining credibility and professionalism” and was “in need of major reform”. Subsequently, based on his recommendations, the Human Rights Council was established by the General Assembly to replace the Commission and several measures were put in place to try and avoid the same problems that eventually arose with the Commission.

For example, as it is understood that the Council can only be as effective as its Member States, the election process was placed directly in the hands of the General Assembly, the only UN organ where every one of the 193 countries has equal voting weight.

In addition, the geographical group divisions and seat allocations are meant to prevent disproportionate focus on just a handful of regions and countries, and ensure that every country has a chance of fair consideration.

Finally, during the elections for each regional group, the General Assembly allows extra blank slates: this should theoretically ensure there are more candidates than available seats, enabling a competitive process. However, if – as was the case this year with 18 candidacies for 18 available seats – no extra countries apply, then no competition occurs, and whichever Member State applies, is likely to get elected.

5. So does the HRC make a difference for human rights worldwide?

Although human rights have always been a very sensitive matter for Member States, the Human Rights Council remains an essential part of the UN’s human rights architecture.

The Council has the power to adopt resolutions, launch fact-finding missions and investigations, and establish commissions of inquiry. In particular, the HRC can appoint independent experts on specific issues. At the moment, there are 44 thematic experts and 11 country ones appointed to monitor and report on human rights issues as requested.

All these mechanisms allow for grave violations to be highlighted and brought up on the global stage for examination, discussion and, whenever feasible, action. 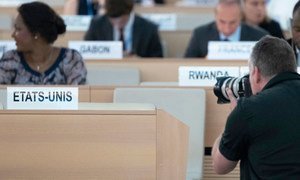 Iceland has for the first time been elected to the Human Rights Council, filling the seat vacated by the United States, which withdrew from the body last month, citing bias. 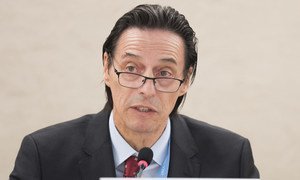 International reaction to the United States decision to withdraw from the UN Human Rights Council continued on Wednesday with the President of the Geneva-based assembly confirming that the election of a new Member State would take place “as soon as possible” to fill the vacant seat.