According to Herve Verhoosel, a spokesperson for the World Food Programme (WFP), the UN agency is staring at a massive 73 per cent shortfall in funding for 2018, hurting critical programmes such as nutritional support for children.

“We must not wait for diplomatic progress to alleviate the suffering of millions of people - funds are urgently needed now,” said Mr. Verhoosel.

“Any donation we receive today will take at least six months to reach the people who need it, due to the time it takes to purchase and transport food.” 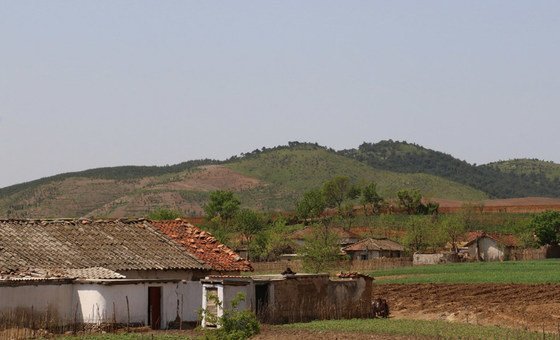 The Sinwon County in the Democratic People’s Republic of Korea has 19 villages, with a population of about 86,800 people, about half of whom are farmers. Prone to drought and floods, Sinwon County receives WFP food assistance since 1999. WFP/Silke Buhr

Diplomatic efforts continue to build confidence and denuclearize the Korean Peninsula. Click here for a timeline of major events.

A lack of funding risks reversing small gains in nutrition for mothers and children, made over the past four years, on the back of concerted efforts by humanitarians. Limited funding has also resulted in the suspension of operations to build resilience among disaster-hit and vulnerable communities.

WFP needs $15.2 million over the next five months to avoid further cuts to programmes which help feed around 650,000 women and children each month.

Across the country, which is officially known as the Democratic People’s Republic of Korea (DPRK), more than 10 million people – almost 40 per cent of the population – are undernourished and in need of support, with one in five children stunted due to chronic malnutrition.

The country is also vulnerable to natural disasters, such as drought and flooding, which affect agricultural production and livelihoods.

♦ Receive daily updates directly in your inbox - Subscribe here to a topic.
♦ Download the UN News app for your iOS or Android devices.
Democratic People's Republic of Korea 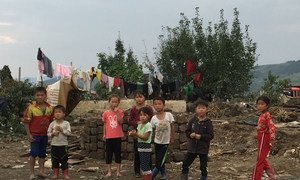 UN Secretary-General, António Guterres, has welcomed the latest efforts made towards building trust and reducing military tension on the Korean Peninsula, following his meeting with North Korea’s Foreign Minister Ri Yong Ho on Friday, during High-Level week of the General Assembly.