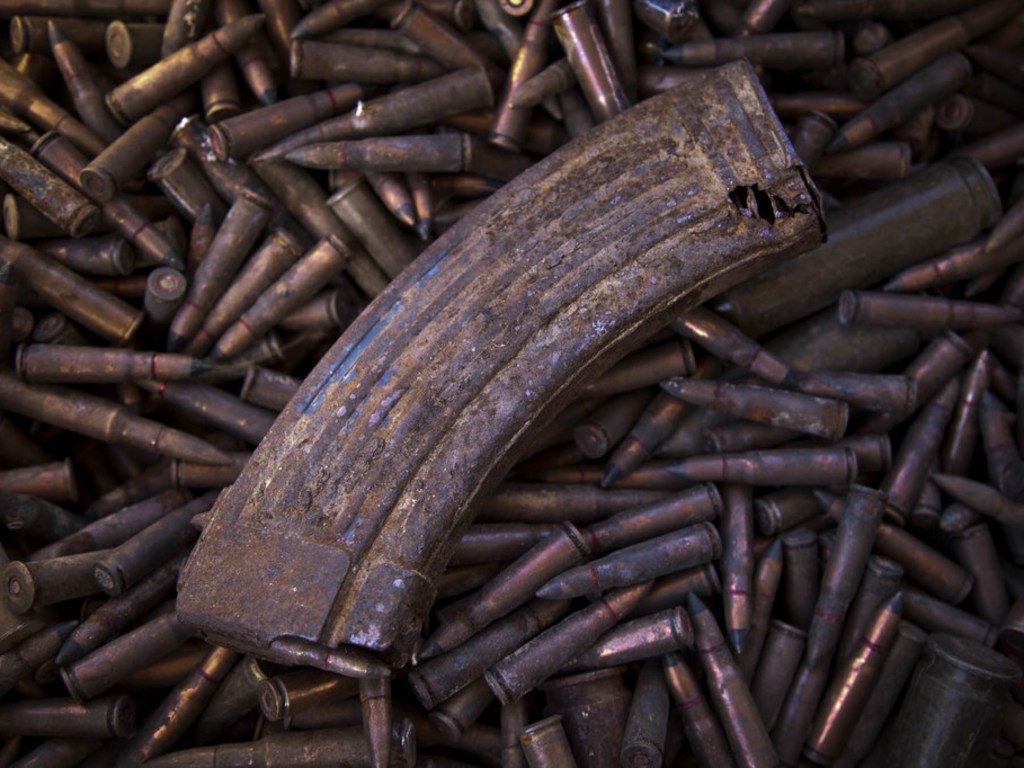 MINUSMA/Marco Dormino
Ammunition for small arms and other unexploded ordnance, stored at a secure location in Mali, prior to their safe disposal.
8 October 2018
Peace and Security

The constantly-evolving ‘nexus’ between crime and terrorism, ranging from simple deals to complex symbiotic relationships, demands greater understanding to break the illicit flow of black-market cash across borders, a United Nations meeting heard on Monday.

Terror groups are getting increasingly-involved in “lucrative” criminal activities such as trading in natural resources and human trafficking, Michèle Coninsx, the Executive Director of the UN Counter-Terrorism Committee Executive Directorate (CTED), told the Security Council briefing on the issue.

Similarly, criminal groups join hands with terrorists, and are providing services such as counterfeiting, arms dealing, and helping to smuggle terrorists from one country to another, she said.

“We know that terrorist groups recruit individuals with criminal background or criminal skills, and petty crimes are committed to finance terrorist activities, including travel of foreign terrorist fighters,” explained Ms. Coninsx, noting that conflicts and instability further entrench such deal-making.

The head of CTED said her office and other parts of the UN counter-terror effort, such as the UN Office on Drugs and Crime (UNODC) and the UN Interregional Crime and Justice Research Institute (UNICRI), were working together to address the scourge.

Looking ahead, Ms. Coninsx urged the international community to strengthen cooperation in the fight against terrorism and its support structures, especially to identify new terrorist trends, map linkages between terrorists and criminal groups, and share information more effectively.

Links between organized crime and terrorism ‘not new’

At the briefing, Gustavo Meza-Cuadra Velásquez, the Chair of the UN Counter-Terrorism Committee (CTC), said that the links between terrorism and international crime syndicates is not new and has been high on the agenda of the Security Council as well as the General Assembly, for a long time.

Mr. Velásquez, also the Permanent Representative of Peru to the UN, highlighted the importance of international instruments – in particular, the UN Convention against Transnational Organized Crime and its supplementary Protocols and Security council resolutions - for countries to disrupt criminal and terrorist groups.

In that context, he reiterated that development of an effective response to growing nexus between terror and crime, should remain one of the highest priorities during his leadership of the Committee.

Speaking alongside UN officials, Laura Adal, a senior analyst at the Global Initiative against Transnational Organized Crime, said that the use of violence and threat of violence employed by both terrorists and criminal groups, tends to “blur the lines” between the two.

While dynamics of individual groups are unique and highly localized, both criminal and terrorist groups contribute to instability and undermine governance, and both rely on the “strategic” use of violence said Ms. Adal.

Responding to the crime-terror nexus must take into account their propensity towards violence and intimidation, she said, calling for greater efforts to strengthen rule of law, democratic governance and development.

At the same time, ensuring that Governments and societies allow the benefits of development to reach all citizens, is equally vital, added Ms. Adal.

Despite serious military setbacks, the Islamic State of Iraq and the Levant (ISIL/Da’esh) may still have around 20,000 fighters and is continuing its dangerous transformation into a covert global network, while focusing on the activities of its regional offshoots, the United Nations Security Council was told.