An independent UN human rights expert welcomed on Thursday the progress made towards democratic reform in Tunisia, since the 2011 revolution, and emphasized the importance of protecting freedom of peaceful assembly and association.

“Tunisia is at a turning point in its post-revolution history,” said the UN Special Rapporteur on the rights to freedom of peaceful assembly and association, Clément Nyaletsossi Voule. His statement followed a 10-day visit during which new legislation on the issue was being discussed.

“My meetings with various interlocutors allowed me to understand the stakes of the democratic transition,” he noted, welcoming the progress the country has achieved in terms of human rights protection over the past seven years, and the political will shown by the authorities to adopt new laws and establish institutions in line with international human rights standards.

However, he expressed deep concern over the current law establishing a National Registry for Enterprises, aimed at combating money laundering and terrorism.

Given that the bill creates requirements that would limit the capacity of associations to operate freely, and the important role played by them in the democratic transition, he called for Parliament to exempt associations from the new law. The call was ignored as the bill was adopted last Tuesday, reportedly without further debate.

In his statement, Mr. Voule urged the authorities to reconsider the approval of a law he considers “regressive” for Tunisian civil society.

He also expressed concerns about reports of arbitrary arrests and disproportionate use of force during the January 2018 protests against the finance law and austerity measures.

In addition, the expert cited delays in putting in place some of the institutions established by the 2014 constitution, such as the constitutional court, the new court of auditors and an institution to safeguard human rights. “Without these institutions, the democratic transition, of which the rights to freedom of peaceful assembly and of association are essential pillars, cannot be ensured and might be undermined,” he said.

“I truly hope that the democratic transition will be irreversible and lead to a fair and democratic society, in line with the slogan of the revolution,” he added, “employment, freedom, dignity.”

The conclusions and recommendations of the Special Rapporteur will be presented during the 41st session of the United Nations Human Rights Council in June of next year. Preliminary conclusions are available here. 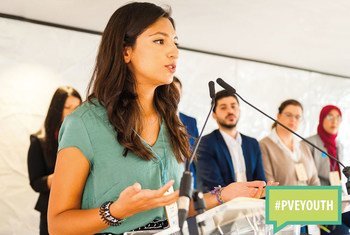 With one in four of the world’s 1.2 billion youth affected by some sort of violence or armed conflict, the United Nations on Tuesday launched a project to support new, youth-driven initiatives in education, science, culture and the media to prevent violent extremism in Jordan, Libya, Morocco and Tunisia 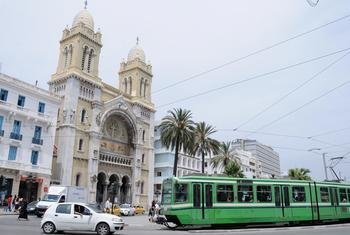 12 January 2018
The United Nations human rights office on Friday called on the authorities in Tunisia to ensure that protestors are not arrested in an arbitrary manner, and that all those detained are treated with full respect for their due process rights and other fundamental guarantees.