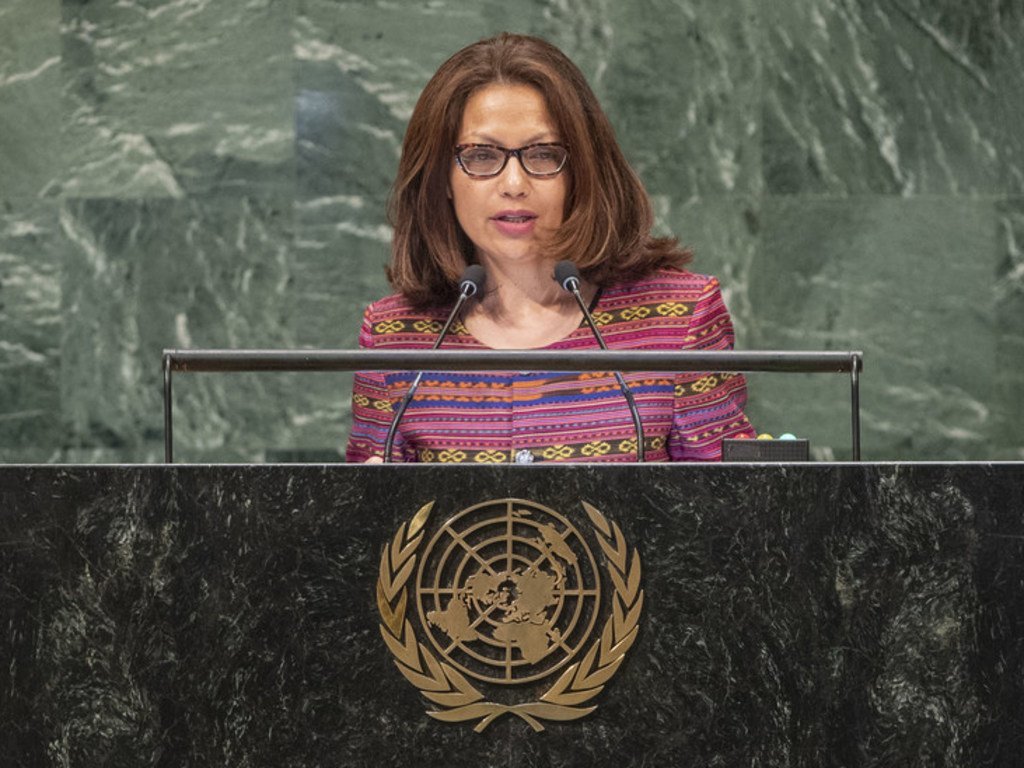 TImor-Leste, a country which the United Nations shepherded to independence from Indonesia 16 years ago, is a prime example of what the world Organization can do in resolving international conflicts and disputes, Delegation Chair Maria Helena Pires told the General Assembly on Monday.

“Timor-Leste is undoubtedly the leading example of the importance of an order based on international law. Next year, our Nation celebrates the 20th anniversary of the popular consultation organized by the United Nations, in which our people voted courageously for the independence,” she said on the last day of the Assembly’s seventy-third annual general debate.

Speaking on behalf of Dionisio Baba Soares, Timor-Leste’s Minister for Foreign Affairs and Cooperation, she stressed the UN’s continuing beneficial role in her country’s affairs with the resolution this year of a maritime conflict with Australia, holding it up as an example for other countries.

“Recently, the United Nations played again a major role in Timor-Leste's future. For the first time, a Conciliation Commission, established in 2016 under the United Nations Convention on the Law of the Sea (UNCLOS), succeeded in the positive resolution of a longstanding dispute between Timor-Leste and Australia about the definition of maritime boundaries,” she added.

“This new [Maritime Boundary] treaty allowed us to consolidate national sovereignty and establish an important model for the peaceful resolution of international disputes. In a time of increasing global geopolitical tensions over maritime disputes, the success of the first conciliation process in history assume an unprecedented international significance.

“Timor-Leste encourages other State Members to consider this mechanism for the peaceful settlement of maritime disputes. We believe that this mechanism will play an important role in appeasing global tensions on our seas.”

At UN, China says it will not be ‘blackmailed’ or yield to trade pressure