Scientists from the United Nations-run Intergovernmental Panel on Climate Change (IPCC) and representatives from its 195 member governments, are meeting in South Korea, to reach agreement over a key summary for policymakers into the impact of a 1.5 degree Celsius increase in global warming, above pre-industrial levels.

In 2015, the Paris Agreement to combat climate change set a long-term goal of keeping global average temperatures to well below 2°C, and pursue efforts to limit the increase to  1.5°C.

With relatively little known about the impacts back in 2015, the IPCC, which is co-sponsored by the World Meteorological Organization (WMO) and United Nations Environment Programme (UNEP), was commissioned to prepare a report that would define the likely risks and challenges of living in world which is either 1.5 degrees warmer, or 2 degrees.

Opening the week-long meeting, IPCC Chair Hoesung Lee said “Three weeks ago in New York, the UN Secretary General António Guterres described climate change as the great challenge of our time. But, he also noted that, thanks to science, we know its size and nature. Science alerts us to the gravity of the situation, but science also, and this special report in particular, helps us understand the solutions available to us.”

Underscoring the importance of climate action, South Korea, which is hosting the meeting, has experienced its hottest summer on record, with temperatures in some parts of the country topping 40°C for the first time on record.

Addressing the delegates, WMO Deputy-Secretary-General Elena Manaenkova said, “This year is, yet again, expected to be one of the warmest years. We have witnessed extreme weather ranging from record heat in northern Europe and historic flooding in Japan, India, southeast Asia and the southeastern United States. The consequences were devastating, but advance predictions helped save many lives.”

Subject to approval, the IPCC will release the Summary for Policymakers of the report at a press conference on 8 October. The full report is due to published in time for this year’s climate conference, COP24, due to be held in Katowice, Poland in November. 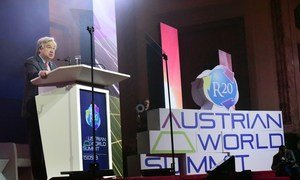 None of the world’s challenges loom as large as climate change, the United Nations chief told a major climate action summit on Tuesday, reiterating his belief that global warming poses an “existential threat” to humanity. 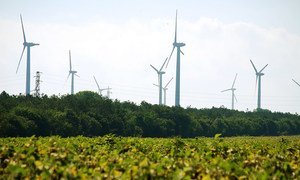