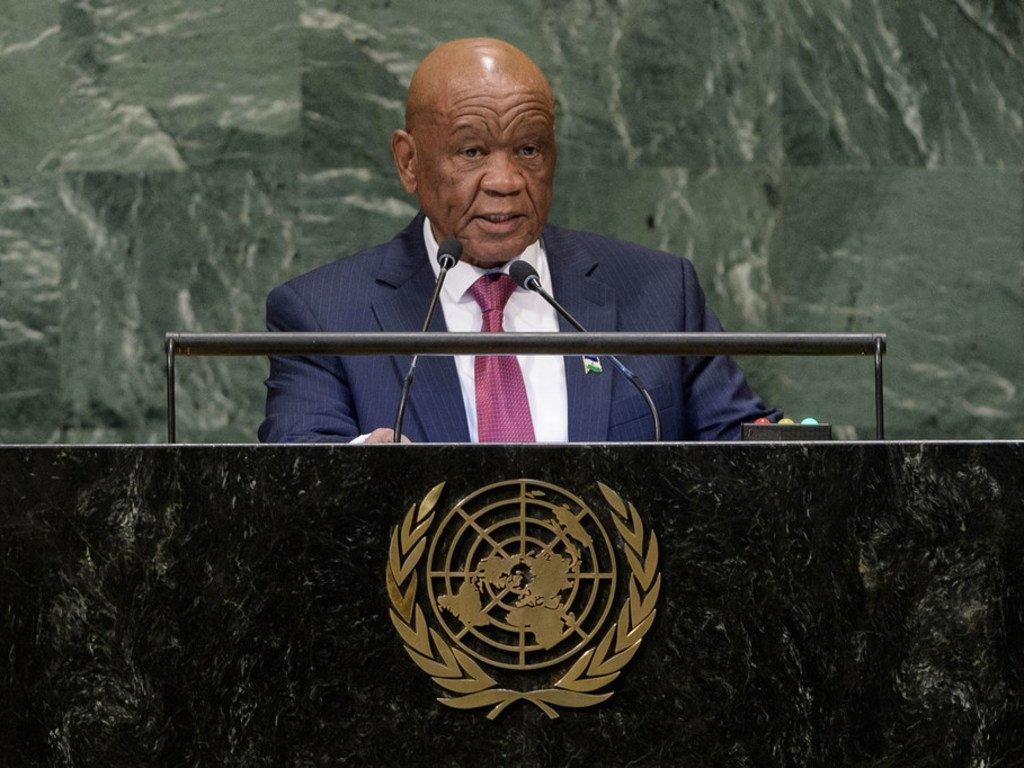 Addressing the United Nations General Assembly, the Prime Minister of Lesotho highlighted the opportunities offered by migration and called on the international community to adhere to the Global Compact for Safe, Orderly and Regular Migration.

“We need to embrace migrants at the global level on their contribution towards the economic development of both their countries and host countries,” said Prime Minister Thomas Motsoahae Thabane of Lesotho, a small landlocked nation in southern Africa.

“It is disturbing that migrants across the world continue to face challenges of unprecedented magnitude,” he added.

In his address, Prime Minister Thabane highlighted the importance of sufficient financing to ensure the African Union’s (AU) Agenda 2063 as well as the 2030 Agenda for Sustainable Development, the global development framework adopted by all 193 UN Member States in 2015.

“This is the path that we are venturing on as a country. We are determined to combat illicit financial flows, strengthen tax administration and harness remittances.”

The Prime Minister said that pressing global problems – from hunger to the refugee crisis, and protection of women and children to fighting poverty and deadly diseases – underscore the centrality and relevance of the UN.

In that context, Prime Minister Thabane said that empowerment of women and girls as well as of the marginalized is vital to achieve and sustain peace and prosperity. Alongside, protection of human rights is equally important and that its pursuit by international community “must not be politicized” or subjected to double standards.

Turning to Africa, he said the continent is more determined than ever to settle conflicts peacefully, noting recent peace agreements in South Sudan, as well as between Ethiopia and Eritrea.

Prime Minister Thabane also drew attention to the worsening crises in Syria, Iraq and Palestine, and said that the two-state solution “the only viable option for settlement of the Palestine Question.”

Concluding his address, the Prime Minister of Lesotho underlined the need for reform of the Security Council, taking into account the aspirations of Africa, “as espoused in the Ezulwini Consensus” should not be postponed any longer.

“Transparency, inclusivity and democracy must inform the work of the entire UN system,” he said.