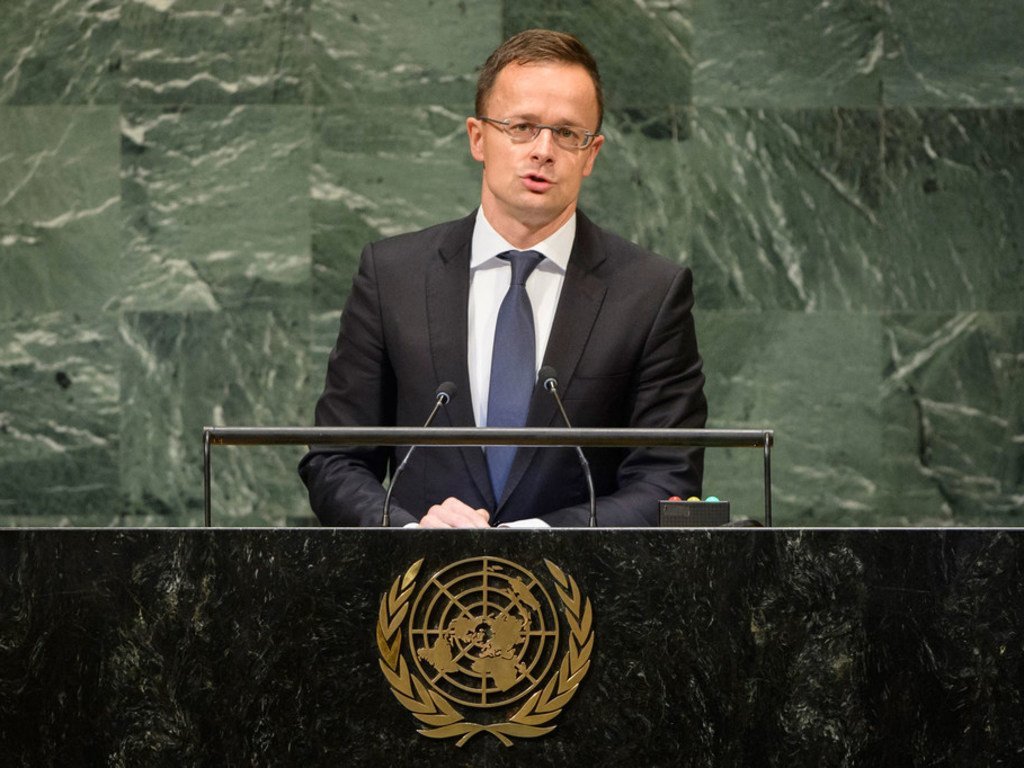 Hungary had proved wrong arguments that migration is impossible to stop by securing its borders with a €1 billion (about $1.16 billion) fence, the country’s Foreign Minister told world leaders at the United Nations General Assembly’s annual debate.

In his address on Friday, Péter Szijjártó called migration is the greatest challenge in history and said “migratory waves” are bringing with them huge security risks, destabilizing countries, causing political debates globally and bringing terrorism to a region where it did not exist before.

Policies encouraging migratory waves are harmful and must be stopped, he said, “migration is not a fundamental human right.”

Warning that adoption of the proposed Global Compact for Migration would be the worst thing possible, Mr. Szijjártó said that his country will be leaving the Global Compact process and will not take part in the mechanism.

He also criticized UN officials for their forced and biased position that migration could let to improved prosperity and global innovation.

The Hungarian Minister underscored the need on all countries to respect the sovereignty of others as well as for the international community to honour the rights of countries to permit whom they wish to enter.

Border protection measures should not be based on human rights, he said, noting that it is a national security issue.  It is an obligation of each country, he said, recalling that nations have the right and responsibility to control their own borders.

Minister Szijjártó chided the European Union for failing to find an answer to illegal migration. Hungary experienced the challenge first hand, but instead of finding solutions, the regional bloc looked at how to encourage movement of people.

He also denounced the EU for seeking to introduce obligatory quotas for migrants to be taken in by its member States and for its intention to punish unwilling countries.

European Union institutions said that stopping migration was not possible, but, Hungary proved them wrong by securing its borders with a €1 billion fence, said the Minister.