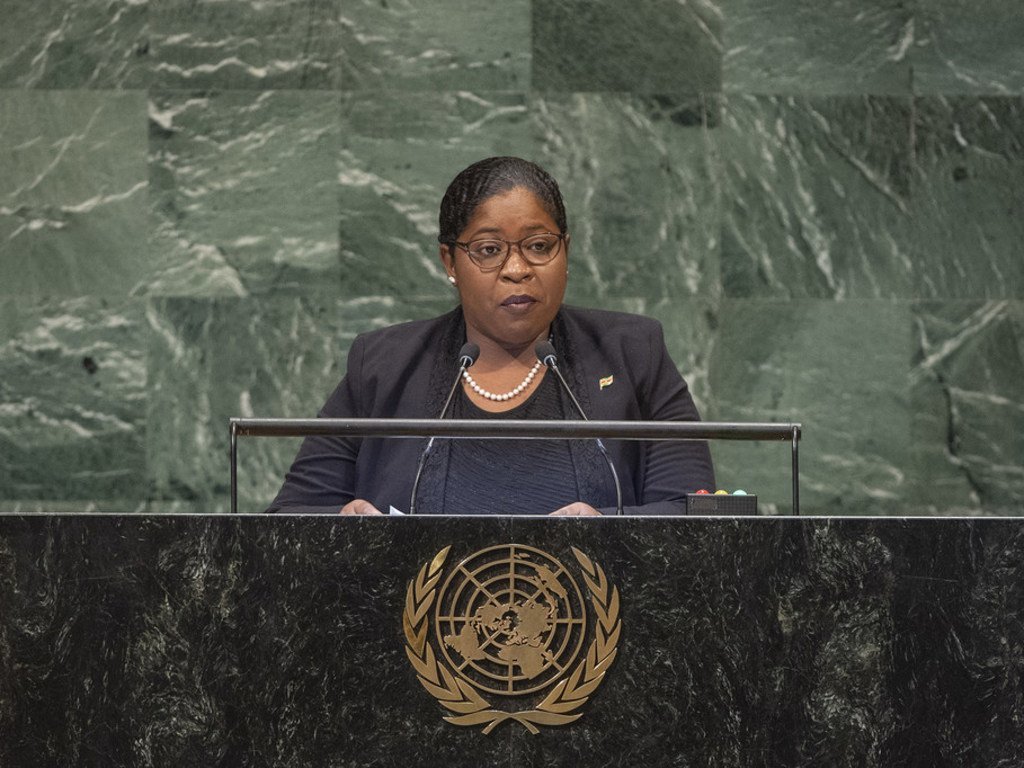 Suriname agrees with the United Nations Secretary-General that a lack of trust among countries is the fundamental issue confronting the international community, the Minister of Foreign Affairs of Suriname told UN General Assembly on Saturday.

Yldiz Pollack-Beighle affirmed her nation’s commitment to upholding internationally accepted principles which “provide for predictable actions in our international relations, thereby creating a climate of trust, understanding and respect,” and a “rules-based world order which is necessary to address global concerns.”

A major concern for Suriname is climate change and, in particular, as a low lying coastal state, the rising sea level: Ms. Pollack-Beighle noted that the international community is being “urged to move beyond the rhetoric and take immediate action.”

Suriname, she continued, has been badly hit by the sharp downturn in gold and oil prices three years ago and the closure of bauxite operations in 2016 led to a recession and severe loss of government revenues.

Following a change in monetary policy, the exchange rate has stabilized, monthly inflation rates have fallen to less than one per cent and there is no longer a current account deficit in the balance of payments.

The Government, said Ms. Pollack-Beighle, is committed to continuing efforts to restore the primary fiscal surplus, noting that the International Monetary Fund (IMF) and international ratings agencies have commended its actions.

However, Ms. Pollack-Beighle noted that the classification of Suriname as a middle-income country is an unjustifiable obstacle to development which does not reflect the country’s vulnerabilities or the full set of challenges with which it is faced. She called for the matter to be addressed with urgency, so that the country can gain access to concessional funding.

Returning to climate change, Ms. Pollack-Beighle said that global commitments are not yet being translated into tangible results. Although Suriname contains some 20 per cent of the world’s tropical forests, storing 18 per cent of tropical forest carbon, the country is not fully benefitting from global arrangements associated with sound forest management.

Next February, she continued, Suriname will host a High-Level Conference on Climate Finance Mobilization which will “seek to initiate and implement new economic models of eco-sustainability to improve the quality of life for all.”

She went on to pledge Suriname’s support for the creation of a United Nations agency dealing with youth, and voiced her expectation that the UN Youth Strategy will be “inclusive and deliver on the aspirations of the world’s young people.”

Ms. Pollack-Beighle concluded by saying that, “if there were no United Nations, today, we would be calling for its creation,” and the we should “focus on what binds us, rather than what divides us.”