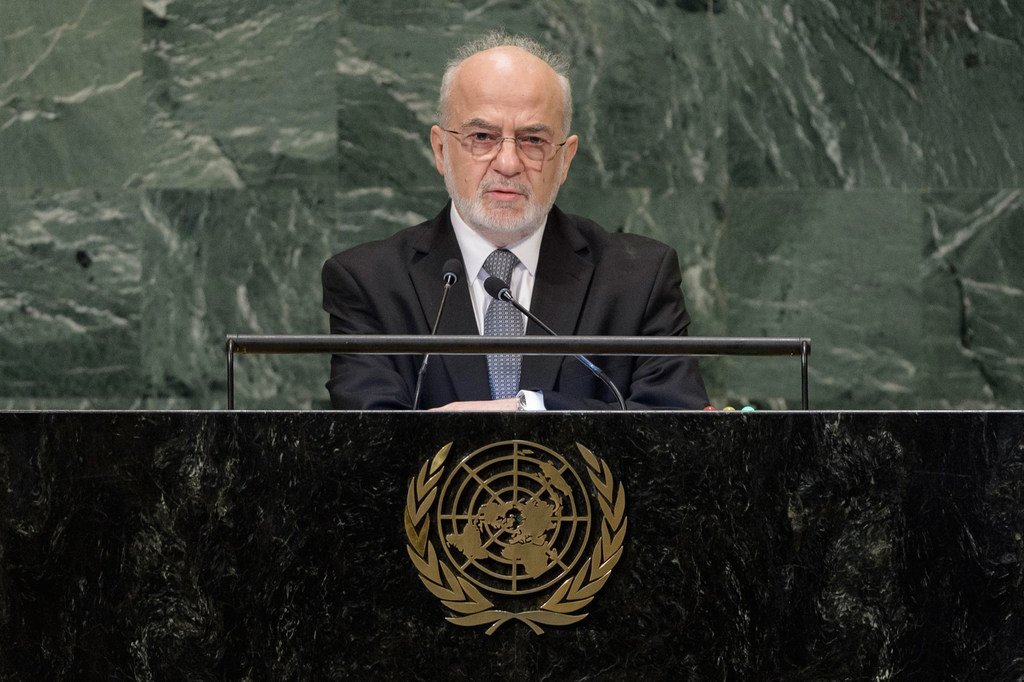 In his address at the UN Assembly’s annual debate, Ibrahim Abdulkarim Al-Jafari, the Minister for Foreign Affairs of Iraq, said that much has changed since he last addressed the august gathering.

Four years ago, a third of his country was occupied by the Islamic State of Iraq and the Levant (ISIL/Da’esh), and millions of Iraqis were forced from their homes or had died in the violence.

“This could have been a historic catastrophe from which we might never have recovered.”

Instead, we stood together and rose to liberate our land, he added, noting that ISIL “is now breathing its last breath,” across the border, in Syria before being snuffed out.

Iraq is now turning the page in its story, he went on to say, highlighting the country’s plan for national economic, social and cultural progress – with a focus on young people and women –to reduce unemployment, provide job opportunities, protect diversity and combat extremist narratives.

Iraq is now working to help those returning home and to strengthen its State institutions, he added, noting that it has joined the club of democratic nations, built on an inclusive, constitutional consensus.

In his address, the Minister also welcomed the work of the UN Assistance Mission for Iraq (UNAMI) and called on all countries to fulfil the financial commitments made for Iraq during the UN-backed donor conference in Kuwait, in February.

Concerning the wider region, he said that peace will come to the Middle East until Israel completely withdraws from the Occupied Palestinian Territory and an independent Palestinian State is established. On Syria, the Minister urged a balanced political solution rather than attempts to impose a military solution, and called for an end to all “external meddling” in Yemen.