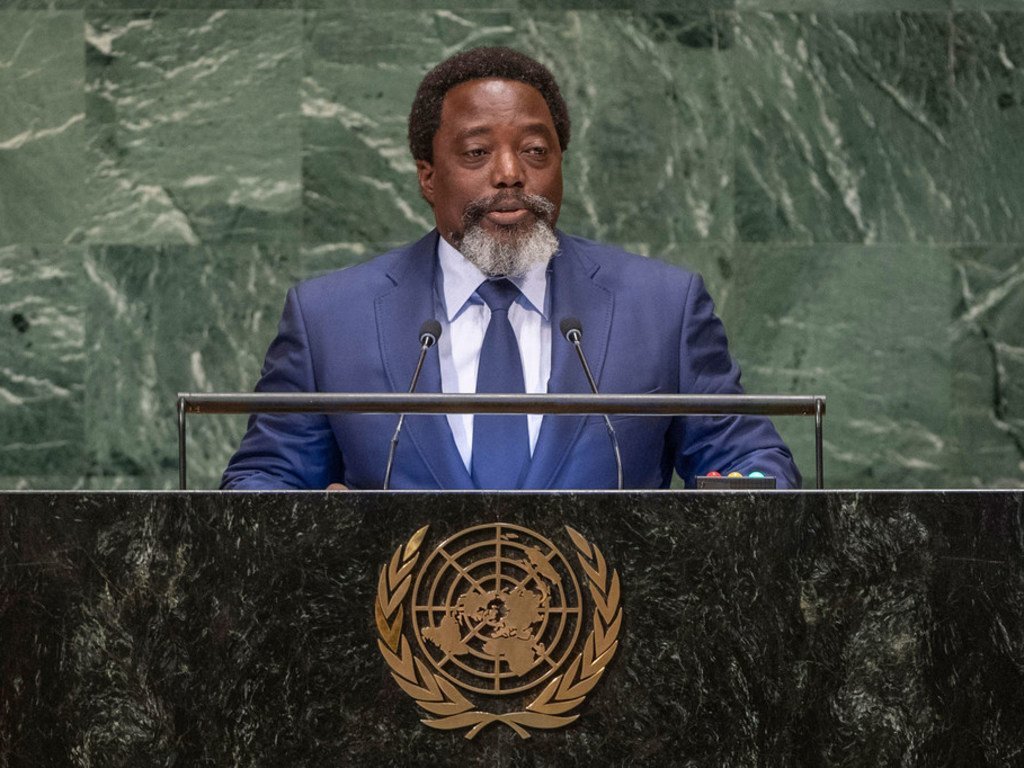 Every effort would be made to ensure the peaceful and credible elections in the Democratic Republic of Congo (DRC) by the end of 2018, President Joseph Kabila announced on Tuesday to the United Nations, where he also vowed to oppose any interference in the electoral process during the run-up to the polls.

“I now reaffirm the irreversible nature of our decision to hold the elections as planned at the end of this year,” the Congolese leader said in his address to the General Assembly’s annual general debate, where he said the long-delayed polls would go forward despite the complicated voter registration process in the vast country.

Turning to the session’s theme, he called on each UN Member State to assess its contribution to the universal whole and to protect the values upon which the United Nations is based. Given emerging development “hubs” and looming threats, some with global consequences, the Organization must adapt to rise to those challenges.

Providing a snapshot of the security situation in the DRC over the past year, he noted significant improvements in the central region and successful efforts in the north-east in containing terrorist attacks. “Peace has been consolidated,” he said, with displaced families returning to their homes, yet security challenges remain only in the north-east region in the face of terrorist activities, a threat affecting other countries in the region and across the world.

President Kabila renewed his call for the withdrawal of the UN peacekeeping mission, known by its French acronym MONUSCO. After nearly 20 years of operating in various iterations his country, their presence has now been “largely mitigated” and as such, he urged the “effective and substantial” start of the withdrawal of UN forces.

Find summary of the statement here.